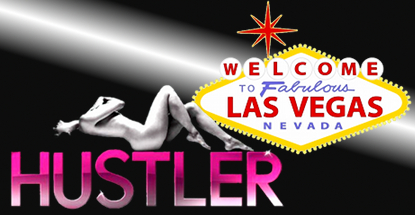 Nevada casino gaming revenue fell by more than 4% in October, the third straight month of declining numbers. Figures released by the Nevada Gaming Control Board (GCB) show statewide revenue down 4.3% to $913.6m while casinos on the Las Vegas Strip fell 5.6% to $520.3m. Meanwhile, the state’s regulated online poker market reported yet another record low revenue tally.

Brick-and-mortar poker revenue fell 9.3% to $8.7m while October’s online poker revenue came to $665k, down 4% from September and a new record low. October’s report is the last to include a full month’s worth of results from Ultimate Gaming, which shut down in mid-November after determining the “extremely cost-prohibitive” regulated market wasn’t worth pursuing.

HUSTLER STRIP CLUB WANTS SPORTSBOOK
The Hustler strip club in Las Vegas has announced it wants to join the ranks of Nevada’s licensed sportsbooks, which will give a whole new meaning to the phrase ‘covering the spread.’ On Friday, the Nevada Gaming Commission received an application from the strip club to offer sports wagers on its premises. Déjà Vu/Hustler exec Harry Mohney told the Las Vegas Review-Journal that the application wasn’t a stunt and that the club hoped to begin taking bets by the time the Super Bowl rolls around in January.

Mohney said the club wants to add a few wrinkles to the average sportsbook experience, including offering free lap dances for frequent bettors as well as the ability to wager during a lap dance via hand-held devices. (“Tell me, Sapphire, do you think the Jets will cover?”) But worryingly, Mohney said that if state regulators require the club’s dancers to wear pasties or bikini tops in order for the club to take wagers, then so be it. Careful not to throw out the boobies with the bathwater, Harry…