Nevada gaming revenue up 7.4% thanks to baccarat and record football wagers 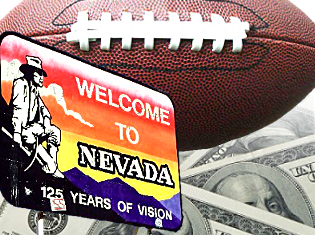 Nevada casinos took in $959m in gambling revenue in September, a 7.4% boost on the same month last year and the second consecutive month of positive movement. Things were even better on the Las Vegas Strip, where gaming revenue rose 13.4% to $563m. Statewide gaming revenue over the first nine months of 2013 is up 1.4% over the same period last year, while the Strip is up 3.3%.

September’s slots handle fell 5% to $8.55b – the lowest September tally in a decade – yet slots revenue rose nearly 4% to $581m, thanks to a 6.8% hold, the best September win rate since 2008. The poker vertical, which includes contributions from Nevada’s two licensed online poker sites Ultimate Poker and WSOP.com (the latter having launched mid-month), brought in $8.9m, up 0.5% over last year. Nevada regulators have declared that they won’t break out the online poker figures into a separate column until at least three sites are up and running.