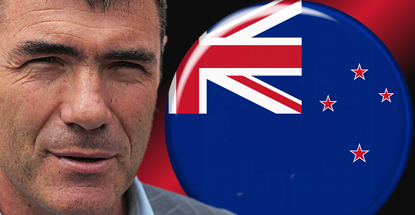 Cutting off the flow of funds to international online betting sites is the “number one priority” of New Zealand’s new racing minister. Nathan Guy (pictured) made the claim this week during a speech at the annual meeting of the New Zealand Racing Board (NZRB). The NZRB has long complained about international online firms drinking their milkshake to the (estimated) tune of NZ $300m (US $236m) per year in diverted wagers.

Guy told the NZRB that online betting sites not officially sanctioned by the state represent a “complex” problem that has “significant implications for racing and sport in New Zealand.” Guy said betting was “central” to racing and sport in that it “helps build public interest, generates excitement and keeps patrons coming back.” Without the funding generated via betting, “there would, in all likelihood, cease to be a racing industry in New Zealand.”

Guy has asked his officials to set up an Offshore Betting Working Group modeled on similar efforts in Australia to combat online operators not holding a local license. Guy’s group would be tasked with consulting with gambling industry figures and developing recommendations to beat back the international scourge and thereby preserve the local monopolies. The Group’s report is expected by late 2015.

Last month, the NZRB turned in its annual report card, which showed the NZRB wasn’t exactly suffering all that badly. Betting turnover during the 12 months ending July 31 rose 6.7% to NZ $2.1b ($1.65b), the first time this figure has topped the $2b mark. Profits nudged up nearly 2% to NZ $137m thanks to the TAB betting agency reporting record turnover of NZ $32.3m on this summer’s FIFA World Cup. NZRB acting CEO Stewart McRobie said future results would be buoyed by recent key initiative projects in broadcasting and mobile app development, which had “cost more and taken longer to execute” than originally planned.