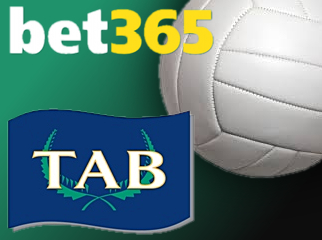 The Australian operations of Stoke bookies Bet365 are in hot water for accepting wagers on South Australian volleyball matches. South Australia’s Independent Gambling Authority (IGA) says it recently learned Bet365 had been offering markets on Volleyball SA’s senior State League games, which are not on the IGA’s approved list of betting market options. The Australian reported that Volleyball SA officials raised the alarm after someone in the audience at a recent match was allegedly overheard relaying match activity to persons unknown via mobile phone.

South Australia gambling regulator Robert Chappell cautioned that it was possible Bet365 had offered the markets without realizing that it wasn’t authorized to do so. Chappell said the regulator wouldn’t be “inclined to prosecute [Bet365] first go,” but if Bet365 persisted in offering non-sanctioned markets, steps would be taken “to revoke their authorization.” The volleyball markets, which have since been scrubbed from Bet365’s site, included live bet options such as second-set winner and which teams would win 10- and 15-point races. South Australia recently declared all promotion of live odds would be illegal effective Aug. 1.

While South Australian regulators are restricting which markets bookies can and can’t offer, New Zealand’s TAB bookies are restricting access to markets by certain punters. The New Zealand Herald recently confirmed that TAB bookies had been instructed to block professional or semi-pro betting groups from using TAB fixed-odds services as ‘arbitrage’ wagers. Top TAB bookie Mark Stafford said the restrictions applied to “a very small number” of bettors – under 20, according to other sources – who are believed to be “using robot programs” to detect and take advantage of betting market anomalies.

Stafford said the restrictions wouldn’t apply to punters not suspected of using artificial means of gaining advantage, citing an example of “one gallops punter who basically wins every week with us but we think he is doing his own form and not laying off our odds overseas so he is allowed on.” Stafford insisted the restrictions wouldn’t apply to Tote wagers, only for fixed odds “and only if we are confident they are arbitraging.” Be that as it may, there are those suggesting that TAB’s slogan of “you know the odds, now beat them” now rings a bit hollow.