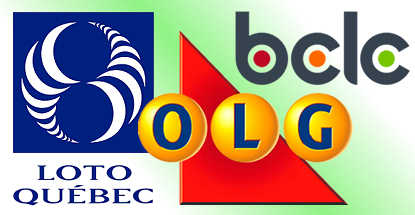 A report commissioned by the Loto-Quebec provincial gambling monopoly has recommended licensing international operators in order to capture some of the revenue currently not going to the province’s own Espace-jeux online gambling site. The report also suggested putting teeth into Canada’s Criminal Code in order to punish any site not officially authorized by Quebec (or other province) to offer online services to Canadians.

Following the report being made public, Quebec finance minister Carlos Leitäo said he’d written to his provincial counterparts to see where they stood on implementing these plans. On Tuesday, finance minister Charles Sousa told QMI Agency that he was “looking closely at what [Quebec was] doing, but I’m nowhere near determining how we would actually enforce that.” Sousa said he was looking forward to hearing more details when Ontario and Quebec held a joint cabinet meeting in the coming days.

The Ontario Lottery and Gaming Corporation is currently prepping the launch of its own online gambling site, PlayOLG.ca. Sousa claims Ontario is “not so much” interested in PlayOLG’s ability to raise revenue for the province, but by the ability to protect Ontarians from the scourge of international online gambling companies that, ironically, Quebec wishes to license.

LOTO-QUEBEC REVENUE FALLS, FRENCH CASINO INVESTMENT A BUST
Loto-Quebec reported its fiscal H1 results last week, which showed revenue from lotteries, video lottery terminals, casinos and bingo down 4.3% to $1.68b and profit down 2.8% to $587m. The Espace-jeux site reported revenue of just $13.6m in the six months ending Sept. 29, although this was up $1.7m from the same period last year.

Loto-Quebec also admitted that it had written off nearly $100m in taxpayer funds following its ill-fated investment in JOA Groupe, the third-largest casino operator in France. In late October, Loto-Quebec officially walked away from a $98.3m stake in the French operator rather than invest any more money into the failed experiment. As late as September, Loto-Quebec was still insisting the investment would eventually turn a profit. Loto-Quebec has retained $14.9m in loans related to a JOA subsidiary that controls two casinos still under construction.

BC PULLS OVERLY GENEROUS SLOT MACHINES
On the other side of the country, the British Columbia Lottery Corporation (BCLC) has revealed that it had to remove 189 slot machines from its casinos after they were found to be offering jackpots 100x their stated maximum payout. On Jan. 20, a Dragon Fever slot made by Konami Corp informed a gambler she’d won a $99,999.97 prize. Casino managers at Penticton’s Lake City Casino were puzzled because the machine stipulated it had a $1,000 max jackpot.

Alarmed, BCLC ordered all Dragon Fever machines yanked and subsequent examinations identified similar glitches in 152 of the machines. The boffins eventually discovered that the networked machines’ progressive controller had a flaw in coordinating jackpots that could be triggered by unspecified “certain circumstances.”

BCLC says the lucky Penticton gambler was not suspected of having done anything to trigger these circumstances. To BCLC’s credit, they paid the Penticton gambler her $100k, although BCLC eventually got Konami to cut them a check to cover the cockup. BCLC didn’t publicly disclose the technical hiccup until a Vancouver Sun reporter received an anonymous tip.