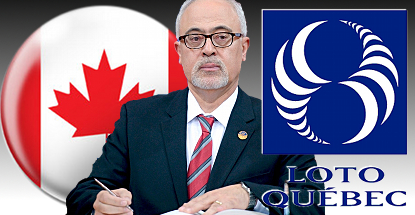 A report commissioned by Quebec’s provincial government has called for the licensing of private online gambling operators. The report acknowledges that such a move would require amendments to Canada’s Criminal Code, a process that would likely take years to accomplish. In the interim, the report suggests Quebec’s provincial lottery corporation Loto-Quebec should establish a government-run online portal through which approved operators could offer their products to Quebec gamblers.

Quebec’s Minister of Finance Carlos Leitäo (pictured) welcomed the report’s findings “with great interest” and has asked Loto-Quebec “to assess in the short term” how best to implement the online portal recommendations. In the longer term, Leitäo has written to his counterparts in other provinces to consult on how best to approach the Criminal Code amendment and private operator licensing issues.

Quebec commissioned the report in 2010, the same year Loto-Québec launched its Espace-jeux online gambling site. A working group led by Louise Nadeau, a Department of Psychology professor at the University of Montreal, was asked to determine whether Espace-jeux was (a) causing more Quebecers to gamble, (b) boosting provincial treasury coffers and (c) helping to counter the appeal of unauthorized international online gambling operators. The report’s authors submitted their findings to the province in September and the 200-page report (viewable here, in French) was made public last week.

The report says Espace-jeux has had a negligible effect on gambling participation. In 2012, online gambling participation in Quebec was 1.5%, up just 0.1 points from a similar survey in 2009. The province was already aware that Espace-jeux was no great revenue stream, contributing just $6.7m to the $853m Loto-Quebec generated in the first quarter of its current fiscal year. The province also failed to achieve its goal of communicating Espace-jeux’s legality, with nearly two-thirds of Quebecers apparently unaware of its status as the only provincially approved online gambling site. Data suggests the total number of online gamblers in the province comes to around 95k, of which just 18k are patronizing Espace-jeux.

KEEPING OUT LES RIFF-RAFF
The report’s authors acknowledge the vagueness of the Criminal Code as pertaining to the legality of internationally licensed online gambling operators who accept Canadian customers without basing any of their physical operations within Canada’s borders. While pushing for amendments to clarify these grey areas, the report also suggests Quebec take a number of steps to add a little more teeth to their current efforts to assert control of online gambling within their borders.

The report suggests formally putting international operators on notice that they are operating without the provincial government’s permission and giving operators the chance to withdraw from the Quebec market without penalty. After that, the report recommends filtering of unauthorized websites and siccing the authorities on any operator that flouts these filters, although enforcement will be problematic.

The report also recommends prohibiting or revoking government contracts with operators who supply technology to both Espace-jeux and private operators. Spielo G2, which powers Espace-jeux and the new PlayOLG site being rolled out in neighboring Ontario, is singled out for its technology partnerships with many UK-listed operators that continue to offer services to players in Quebec and other Canadian provinces.

Montreal-based Amaya Gaming, which also supplies technology to Espace-jeux, acquired online poker giant PokerStars earlier this year in a blockbuster $4.9b deal. That same month, Loto-Quebec let it slip that it was examining ways of establishing “contractual agreements” with international online poker operators. In September, Amaya head of investor relations Tim Foran said the company was “studying how we can deepen this collaboration” with Loto-Quebec.

Amaya’s urgency in coming to some kind of agreement in Quebec is understandable, as the company’s physical presence in Canada effectively eliminates the grey areas of the Criminal Code, leaving its management open to all sorts of legal charges. There’s also the question of how long Amaya can avoid paying Canadian taxes on PokerStars’ global operations, in keeping with the ‘mind and management’ provisions of Canada’s tax laws.

Amaya is not specifically mentioned in the report, although PokerStars makes a number of appearances. The report suggests that Quebec residents attempting to access an online gambling domain that has struck a deal to participate in the provincially run online portal – pokerstars.com is cited as an example – be automatically redirected to said portal. The report suggests the government would define most aspects of this portal, including the rate of return to players.

OTHER RECOMMENDATIONS
The report’s other recommendations include the creation of a dedicated online gambling regulatory body, likely by expanding the mandate of the Alcohol, Racing and Gambling Board (RACJ) to supervise the promotion, advertising and social responsibility of all online gambling operators serving Quebecers, including Loto-Quebec.

Similarly, the report notes the incompatibility of Loto-Quebec acting as a profit-seeking operator while simultaneously seeking to minimize problem gambling behavior. The report recommends establishing an independent body tasked with informing Quebecers of the potential dangers of gambling, monitoring social responsibility compliance of online operators and collecting data with which to further tinker with the system in years to come.

The report’s authors warned that the success of a private operator licensing system depends on a “fair and reasonable” level of taxation. The authors single out France’s punitive tax regime as one to avoid, noting that many French operators had declined to renew their licenses.