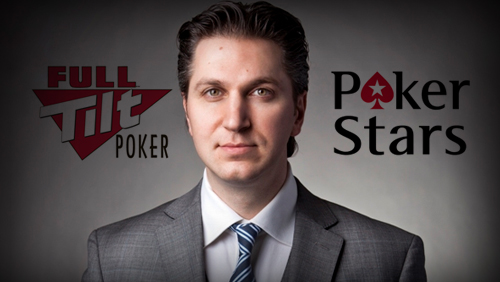 Amaya Gaming Group Inc. filed its Business Acquisition report related to its $4.9bn acquisition of the Oldford Group, and in doing so gave the world a glimpse into the financial performance of both PokerStars and Full Tilt.

“We’re very pleased with the performance of PokerStars and Full Tilt in 2014.”

Those were the words of the Amaya Gaming Group Inc., CEO David Baazov, after the Canadian online gaming company filed its Business Acquisition report in relation to the $4.9bn online poker sale of the century.

So what does very pleased translate into in terms of numbers.

When you put those figures together with the performance of the Canadians, the numbers look even better with the combined forces recording C$706.5 million in revenue, and C$276.3m in net income for the first half of the year.

“The core poker business continued to grow during the first half of the year and recorded strong cash flow. More recently, we have broadened our rollout of casino, including into Spain, and introduced an exciting new poker game that has proved very popular on Full Tilt and which was recently launched on PokerStars.” Said Baazov.

The ‘very popular’ game that Baazov is referring to is the highly contentious Spin & Go format that has generated 7.5m games in the first fortnight of its release. 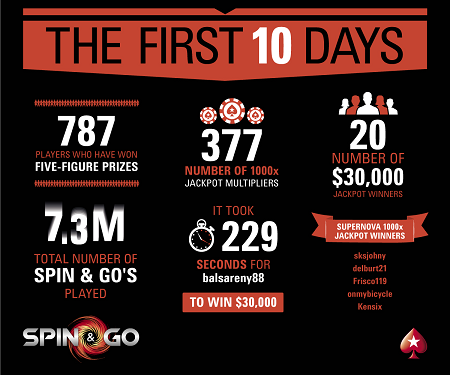 I use the word ‘contentious’ after an online grinder called ‘masuronike’ started a petition to have the games withdrawn citing the ‘potential gambling aspect of the game.’ It’s been widely reported that cash game action on the site nosedived when the games were released.

PokerStars return punch came from an unlikely source after Daniel Negreanu defended the games by saying it was the winning players who were ‘killing the games.’ Negreanu is the elite member of Team PokerStars; a team that is diminishing by the week, and you can see why with the financial reports showing payroll and associated costs up to $104,377 versus $89,83 year-on-year.

Inside PokerStars – Episode #3: The Shuffle

PokerStars continue to peel open their skin and allow you to take a peek into their chest cavity with their third video in their Inside PokerStars series.

This episode is called: The Shuffle, and PokerStars Presenter James Hartigan has a confab with the Head of Poker Communications, Lee Jones, where he poses the question: “How does PokerStars shuffle the cards?”

After shuffling over 100 billion of the things, Jones informs Hartigan that, ‘using any software technique to generate random numbers is fundamentally flawed, so you have to use hardware.’

Lee then goes on to tell a wonderful story about lights and mirrors. It’s all very Wachowski for me so you can check it out for yourself below.

“It all comes down to science. There is no voodoo – no magic. A good RNG is at the core of any good online poker game. It is our sole business, it’s what we do, and it’s absolutely crucial that we get it right – and we do get it right.” Said Jones.