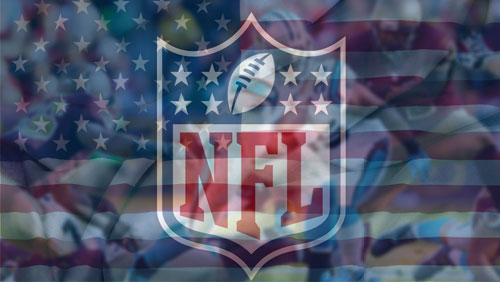 “Momentum” is my key word for this week. Over the past two weeks, I’ve gone 11-4-1, which is about the best two-week run I’ve had since I started betting on the NFL four years ago. But I also know that this run isn’t going to last so I’m just hoping to let my momentum from the past two weeks ride to another winning betting weekend. It’s not hard to hope, right?

The line on this game actually moved up to -6.5 for a lot of sportsbooks but the number has fluctuated between that and -6 for the better part of the past few days. That tells me that action on the Browns as 6.5 underdogs has prompted the books to hesitate on moving it up to -7. I’m fully aware that Cleveland has played Cincy tough at Paul Brown Stadium but I still like the Bengals here at either number. I have no clue how the Browns have been winning some of these games but playing at Cincinnati against a Bengals team with AJ Green back should take the bite out of the Browns’ bark.

Jaguars at Cowboys in London

Is it possible that Jacksonville’s getting some betting love against the Dallas Cowboys? That appears to be the case because the opening line of -7.5 on the ‘Boys has dropped a full point to -6.5. You can attribute this to Tony Romo’s questionable status for the game, but the man did practice on Thursday, which puts some hope that he’ll be under center come game time. That detail should drive the number up significantly so if you’re leaning on the Cowboys, now’s the time to do it. I’m getting the -6.5 line too because if that goes up to -9 or even -10, I’m not liking Dallas anymore.

The number has largely stayed at -3 even though some books have dropped it to -2.5. I think it eventually goes back up to Detroit laying a field goal and stays there. A few days ago, I liked Miami to as the three-point underdogs but now that Calvin Johnson is back, I’m…you know…well…screw it! Megatron or no Megatron, I still think that the Dolphins secondary will give Matthew Stafford a lot of problems on Sunday. This is a cliff-dive bet for me, but I believe in this Miami team. They’re good and Ryan Tannehill is ascending as a top quarterback in this league. Give me Miami to score the upset against the Lions in Detroit. Yeah, I said it!

Remember when I said I’d stay away if the opening line of -3 on New Orleans moved up to -4? Well, most books now have it at -5. Gulp. I honestly don’t know what to think about this game. While I do believe that the Niners are in a world of trouble, they’ve generally played Drew Brees and company tough, even in the Superdome. But the Saints are still a completely different animal at home compared to the road and with this game being must-win for both sides, it’s hard to go against New Orleans playing in the ‘Dome, even if that number has pumped up to -5. I’m not confident about this at all, but I’ll still pick the Saints to win – and cover at the same time.

The Atlanta Falcons have moved up from being -1 road favorites against the Tampa Bay Bucs to -2.5 road favorites. I know the recent history between these two teams (56-14!) and I know that Atlanta has the more glamorous names on its side. But my general belief is if two teams in the same division suck, they automatically beat each other at home. I know I’m putting my fate in Josh McCown in this game, but for one week at least, I’m riding the Joshy washy train as home underdogs. Oh, and the extra 1.5 points helps a lot too.

Yet another game that I should have bet on when the number was still low. I’ve never been a paragon of timing so what’s new, right? Still, I’m riding with the Steelers here despite now laying 4.5 points after opening as -3 favorites. I’m fully aware that the Jets defense has been its hallmark throughout the season. But with Pittsburgh’s offense clicking the way it has been the past two weeks, I still cant’ see a scenario where New York keeps this close.

Finally, a spread that has moved to where I like it better! The Ravens opened as -10.5 favorites against the Titans. Now it’s down to -9.5. I said earlier in the week that I won’t have any problems picking Baltimore as double-digit favorites. Now that they’re not, well, hop on board, ladies and gentlemen!

Backing two double-digit favorites in the same week is always a little tricky because you’re essentially penciling in two blowouts. But if there was a week to do it, it’s this one. Surprisingly, the opening line of -11.5 on the Broncos has stayed on that number. People still know that they’re playing the Oakland Raiders, right? And they’re playing them a week after getting trounced in New England. Peyton Manning’s gonna go ham on this game. Just watch. You can even take me to the bank on that one.