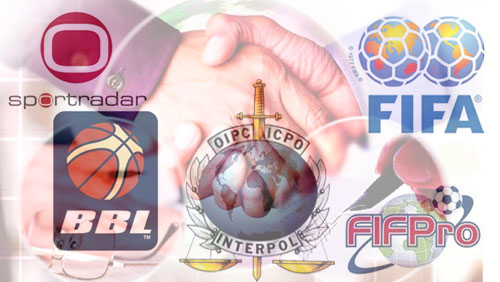 The joint campaign aims to raise awareness on the dangers associated with match fixing by educating players on how to recognize, resist and report attempts and advances to manipulate football matches.

Football players from all over the world will receive special kits, including instructional DVDs, to learn from players like Frank Lampard and Kolo Toure, both of whom admitted to having been approached by match fixers.

Interpol Secretary General Ronald Noble discussed the importance of protecting players and officials, all of whom are usually the first ones being approached to manipulate the outcome of football matches.

“By the time any investigation into alleged match-fixing begins, the damage has already been done,” Noble said in a statement. “This is why it is essential that the first line of defense – the players and others who control what happens on the pitch – is strengthened.”

FIFA Secretary General Jérôme Valcke appeals to football participants to contribute by being transparent and vigilant to help “protect the integrity of the sport” because they’re the ones ultimately responsible on whether these efforts pay off in the end.

Meanwhile, Sportradar has added another sports league to its growing list of partners.  The sports and betting-related services company struck a new partnership with the British Basketball League, the top-tier men’s pro basketball competition in the United Kingdom, to become its preferred betting data partner.

“The opportunity to help in the development and growth of UK basketball is an exciting one, and we are proud that our partnership will see the league’s channel broadcast 50% more matches than it did last season,” Sportradar Managing Director of Data and Licensing Johannes Ranke said in a statement.

BBL Commercial Director David Leyden Dunbar also commented on the deal, calling it a significant step in improving the league’s TV capabilities. “This season we’ve strived to improve BBL TV’s output but the addition of 15 extra live games has only been made possible through Sportradar’s investment and support.”