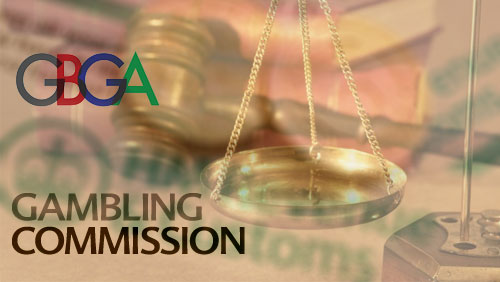 The Gibraltar Betting and Gaming Association continues its legal challenge against the introduction of the UK Gambling (Licensing & Advertising) Act 2014, by seeking a Judicial Review pinpointed at the Dec 1, 2014, introduction of the 15% Point of Consumption Tax.

After High Court Justice, Sir Nicholas Green, swatted the Gibraltar Betting and Gaming Association’s (GBGA) High Court challenge, against the introduction of the Gambling (Licensing & Advertising) Act 2014, like an irritable fly; one would suspect they would be hiding in a corner somewhere – licking their wounds.

Instead, the Gibraltar based trade association, continues to delve into the money set aside for this fight, by seeking a Judicial Review aimed directly at the proposed introduction of the 15% Point of Consumption (POC) Tax, due to be implemented on Dec 1, 2014.

Despite losing the fight to prove that the new UK licensing regime was in breach of European Union (EU) Law, the GBGA have marched on regardless.

“We maintain this law is not in the best interests of consumers, the industry and the regulator itself and that there are more effective ways of dealing with the challenges of regulation and competition in this sector. We remain concerned the UK regulator will find it difficult to hold companies to account in jurisdictions outside of the EU where it has no legal powers and common legal framework or culture.  Given this judgment there is now even greater need for an EU legal framework for online gambling if we are to effectively protect all European consumers, enjoy a common market and avoid each Member State deciding alone how to deal with an activity that naturally crosses borders.” Said a GBGA spokesperson after losing that initial court battle.

From Dec 1, 2014, any persons residing in the UK, who participates in remote betting or gambling activities connected to an operator of gambling services, will see that operator paying a 15% POC tax. The measures were drawn up, and agreed in the summer, as the new Finance Act passed through Royal Assent.

The GBGA’s arguments are numerous. Alongside the main bone of contention that the Finance Act breaches EU Law (by restricting the free movement of services), the GBGA are also concerned that overseas gambling operators, wanting to do business in the UK, may have to pay tax twice (once overseas, and once as per the POC tax legislation); that some of these operators will have to leave the UK market thereby weakening it for the consumer, or price hikes will result in UK gamblers moving to unregulated black market operators.

Speaking on the Out-Law.com website, a spokesperson for HM Revenue & Customs (HMRC) said: “We will robustly defend against the challenge. We are studying the grounds, but are confident the reforms are lawful, proportionate and non-discriminatory.”

This latest challenge may prove problematic for a planned Dec 1, 2014 implementation date, but it will not stop the new Act being implemented on Nov 1, 2014.

A notice on the UKGC website states, “As we understand it, the GBGA’s latest challenge relates to the legality of the betting and gaming duty provisions in Part 3 of the Finance Act 2014. The intended Defendants are the HMRC and Her Majesty’s Treasury. It does not affect the introduction of the Gambling (Licensing and Advertising) Act 2014, which will come into force on 1 November.”