Vietnam’s Politburo agreed to open a casino on Phu Quoc in the Mekong Delta as part of plan to turn the island into a special economic zone. Kien Giang Chairman Le Van Thi told the Tien Phong newspaper that Prime Minister Nguyen Tan Dung approved the development of Phu Quoc as a tourist and international trade center. Now it appears that these plans will eventually include a new resort and casino. 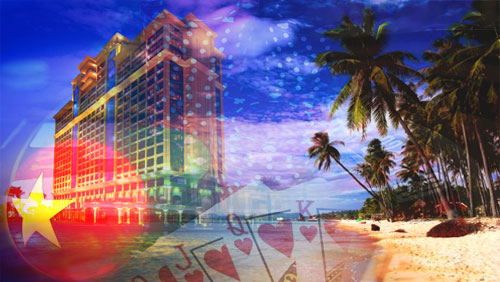 Thi is one of the proponents of capitalizing Phu Quoc’s growth as a tourist destination and increasing profile among foreign visitors. Phu Quoc is the largest island in Vietnam and has one of the best beaches in the country. Last year, the island welcomed 430,000 tourists, 32% more than what it had in 2012. Those numbers are expected to increase due its consistent 25% per year average economic-growth rate in the past 10 years. Over 200 projects have been signed off, including 112 that have already been granted investment certificates.

Phu Quoc’s technical infrastructure has also developed rapidly, opening the possibility for more foreign investors to come in and set up shop in the island. Thi hopes that allowing a casino in Phu Quoc will attract foreign operators who are interested in investing in the island. He did not reveal any details on the casino bidding process, although he said that the selection of casino investors is on the table.

In other Vietnam news, the Grand Ho Tram Strip announced that it has a new president after the company appointed Australian Shaun McCamley. According to a statement, McCamley comes with a resume that includes “extensive Asia gaming experience in both marketing and operations.”