The Spanish La Liga is the latest top-flight football league to launch an investigation into match fixing. 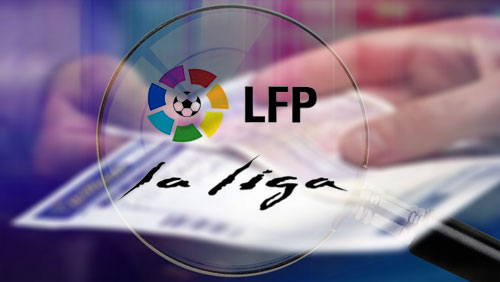 The state prosecutor’s office in Madrid decided to take action after gathering evidence on a possible match-fixing episode during a La Liga game in 2011 between Real Zaragoza and Levante. The match in question was won by Zaragoza, 2-1, keeping the team from being relegated, leaving out Deportivo de la Coruna as the last team to be sent down to the Segunda Liga on the last day of the season.

Eyebrows were raised when league’s President Javier Tebas issued a formal denouncement to the police back in January, handing over evidence on nine matches the league was investigating for match fixing. The Zaragoza – Levante match was one of the nine.

Spanish media outlets have reported that there are many evidence of match fixing involving the match, including reports that a number of Zaragoza players’ accounts received 120,000 euros, which were eventually withdrawn to pay Levante players to intentionally lose the game.

Both clubs have denied any wrongdoing and have fully expressed their support in cooperating with the investigation. Overall, 33 individuals have been called before Spanish judge Alejandro Luzon to address the issue. Among those include former and current Levante players Sergio Ballesteros, Juanfran, and Xavi Torres, as well as former Zaragoza player and now Atletico Madrid captain, Gabi.

Juanfran recently told Spanish football site AS that he was willing to cooperate with the investigation and is confident that nobody’s going to find any traces of match fixing during the game. “The judge has decided it was appropriate to call the squads and that is where we are,” the 38-year old defender said. “I suppose these things will have to happen and come out. We are very relaxed, or at least I am. I believe there is no reason to say absolutely anything — everyone saw it was a normal game. As we have said many times, we all have a clear conscience. I’ll go wherever they ask me, but all this is getting a bit tiresome.”

Then-Zaragoza manager Javier Aguirre and then-club owner Agapito Iglesias have also been called to give their accounts of the game in question.

Should anybody be found guilty of being involved in fixing the match, they could face anywhere between six months and four years in jail to go with a one to six-year ban from competition.