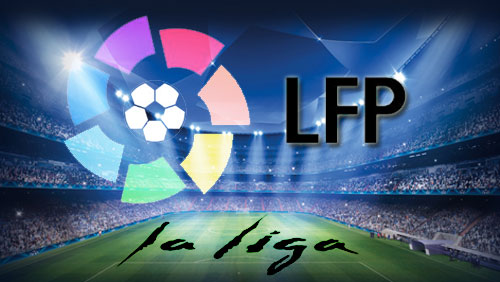 The Spanish La Liga is a lot like a horse race with two clear-cut thoroughbreds; a dark horse that can break out strong and a bunch of quality steeds. It doesn’t quite have the level of parity the English Premier League has but at least it’s not the German Bundesliga, either. Or maybe it is, except that it has Real Madrid and FC Barcelona as the undisputed titans of the league and Atletico Madrid as the quintessential “we don’t want to play them” team. However you want to spin it, one thing remains clear about La Liga: it’s all about the Barca-Real Madrid arms race.

Who had the better transfer season: Real Madrid or Barcelona?

I’m siding with Real on this one, largely because they managed to scoop up the World Cup’s breakout star (James Rodriguez), its best midfielder (Toni Kroos), and its best goalkeeper (Keylor Navas) not named Manuel Neuer. Barca’s transfer haul wasn’t too shabby either. It was able to acquire star forward/serial chomper Luis Suarez, standout midfielder Ivan Rakitic, and defensive reinforcements Thomas Vermaelen and Jeremy Mathieu. Unfortunately, Suarez is banned from playing football until October and Vermaelen’s already hurt. That’s not a good sign for a team that already has a lot of holes to fill with the decline of Xavi, the retirement of Carles Puyol and the departure of Cesc Fabregas. Most importantly, it’s also a big reason why Real Madrid is the favorite to win La Liga at 4/5 odds compared to Barcelona at 5/4 odds.

Is it fair to dump Atletico Madrid from the title race before the season begins?

It’s not fair for a defending champ to be dismissed so easily but the landscape of La Liga changed when Real Madrid and Barcelona decided to break their piggy banks to upgrade their rosters. The team also lost star striker Diego Costa, left back Felipe Luis, and goalkeeper Thibault Courtois. All three, coincidentally, went to Chelsea.  Sure, Mario Mandzukic and Guilherme Siqueira are solid replacements and the team managed to hold on to Koke, Arda Turan, and manager Diego Simeone. But it’s still hard to retain the same kind of quality when a team loses three of its most important players. I think Atletico can make a lot of noise this season but it probably won’t have the legs to keep up with Real and Barcelona. Those 14/1 odds to win a second straight La Liga title look incredibly low at this time of the year, but that comes with the respect of being the defending champs.

Will the race for the Golden Boot become more dramatic than the season itself?

With all due respect to the other leagues in Europe, La Liga has the best scorers in the world. Guys like Suarez (10/1), Mandzukic (20/1), Karim Benzema (20/1), Gareth Bale (33/1), Neymar (33/1), and James Rodriguez (50/1) are all playing in La Liga this year. That’s a murderer’s row of players that can all ring up at least 20 goals in a season without even breaking a sweat. But here’s the thing: look at the odds for all those guys and you’ll notice how insanely high they all are.

Well, there are two reasons for that—Cristiano Ronaldo and Lionel Messi or as they’re more commonly known as the two best football players in the world right now. Ronaldo’s the short favorite at 4/5 with Messi not far behind at 6/4. That’s a testament to how dominant both have been with their clubs. More importantly, it’s an appropriate depiction on how Real Madrid and Barcelona are built. As good as those guys are, both Real and Barca still revolve around the constellations known as Ronaldo and Messi.

If we take Ronaldo and Messi out, who wins the Boot then?

A fascinating question that probably wouldn’t be as intriguing if Suarez isn’t suspended. Make no mistake: if good ‘ol Luis plays the entire season, he’s a good bet to win the Golden Boot. Yes, even over Ronaldo and Messi. Odds makers thing so highly of Suarez that even with the two-month exile, he’s still 6/1 odds to become the Top Goal Scorer without Ronaldo and Messi, third behind Mandzukic at 7/2 odds and Benzema at 4/1 odds. Bale and Neymar are both at 8/1 odds while Rodriguez is at 20/1.

On the other end of the league table, who’s getting booted back to the Segunda Liga?

The three teams that were promoted to La Liga this season are the understandable favorites to get relegated back to the second division. Eibar and Cordoba are the heavy favorites at 1/3 odds apiece. Outside of those two, it gets a little trickier because you have a handful of teams with similar odds. Deportivo La Coruna and Almeria are both 2/1 odds to return to the Segunda Liga while Elche, Getafe, and Rayo Vallecano, are all 4/1 odds to suffer the same fate. I think Eibar and Cordoba are safe bets to be relegated and my prediction for that third team is going to be Almeria.