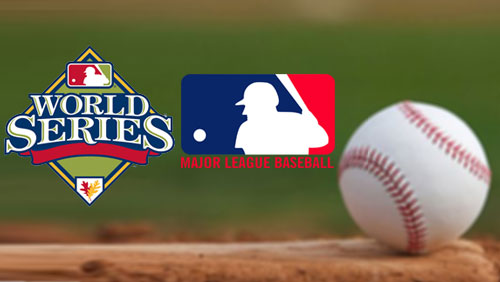 For better or for worse, the NFL has occupied the headlines over the past few weeks. But I’d be remiss if I didn’t spend a little bit of time taking a break from the pigskin to talk about baseball. Yes, baseball. You know, that other professional sports league that’s winding down its own season in preparation for the postseason.

We’re down to the final week of the baseball season, which means that games carry extra significance for those still in the hunt for a postseason berth. As of today, five teams have already clinched berths in the postseason, three of them having won their divisions: the Baltimore Orioles (AL East), the Los Angeles Angels (AL West) and the Washington Nationals (NL East). The St. Louis Cardinals (NL Central) and the Los Angeles Dodgers (NL West) have both clinched playoff berths. Unless something unforeseen happens, both teams should be able to clinch their respective divisions, too.

That leaves the AL Central as the only division that’s still up for grabs. The Detroit Tigers have a one-game lead over the Kansas City Royals with both teams having six games left on their schedules. Judging by their opponents, it’s easy to pick the Tigers to hold of Kansas City because it has that one-game lead and more importantly, has three-game sets with the Chicago White Sox and the Minnesota Twins. Meanwhile, the Royals still have to play the Cleveland Indians on the road before wrapping up their schedule with another three-game set with the Chicago White Sox…in Chicago.

The good news is that whoever loses out on the NL Central pennant still has the inside track for one of the two Wild Card sports in the AL. As long as the Tigers and the Royals win at least three of their last six games, both should still make it to the postseason.

Meanwhile, the Pittsburgh Pirates and the San Francisco Giants are still in the running to win the NL Central and NL West, respectively. The Pirates sit 2.5 games behind the Cardinals but they still have a chance to win the pennant if the Cards falter down the stretch. Same with the Giants who are 3.5 games back of the Dodgers with two games between the teams still to be played. San Francisco needs to win those two games because anything less than that would give the NL West title to its rivals.

So yeah, it’s an exciting time to be a fan of any of these teams headed to the playoffs a little more unnerving for those who are still in the running but haven’t booked tickets to the big dance yet.

Current World Series odds has three teams – the Angels, Nationals, and Dodgers – tied for the shortest odds at 9/2. Despite still being in the middle of its own pennant race, the Tigers are not far behind at 6/1 odds. Then there are the Cardinals and the Orioles sharing 7/1 odds, followed by the Oakland Athletics at 10/1. The Giants, Pirates and Royals are all 14/1 odds while the Seattle Mariners, which still has an outside shot of overtaking the A’s and either the Tigers or Royals, sitting at 18/1.

From there, the odds drop to teams that are mathematically still in the running, but are long odds, at best, to make a dramatic late-season run. The Tribe’s the closest at 100/1 odds while the Toronto Blue Jays, the New York Yankees, and the Milwaukee Brewers all have 300/1 odds.