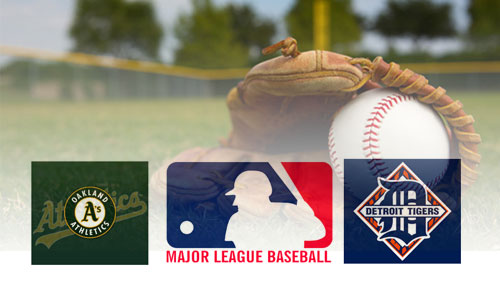 The MLB trading deadline ended up being an arms race between the two teams that appear to be on a collision course to meet in the American League Championship Series.

Both Detroit Tigers and Oakland Athletics were tipped as the favorites to win the World Series. However, the recent flurry of deals that saw Tampa Bay Rays ace go to the Tigers and Boston Red Sox pitcher John Lester to the A’s not only caused their odds to drop to 7/2 odds apiece, but it paints a pretty clear picture on what we can expect in the AL.

Detroit and Oakland are in each other’s crosshairs.

The Tigers’ acquisition of 2012 AL Cy Young winner David Price now gives it an incredibly potent pitching staff that includes the last three winners of the Cy Young. Price joins Justin Verlander and Max Scherzer to create a Cerberus-like pitching nightmare for the rest of the league.

Oakland answered the Tigers’ acquisition of Price by making a bold move of their own, sending slugger Yoenis Cespedes to the Boston Red Sox in exchange for starting pitcher John Lester and outfielder Jonny Gomes.

The Lester acquisition is not as splashy as the Price deal but made their splash last month when it traded for Chicago Cubs ace Jeff Samardzija. With Lester on board, Oakland’s rotation now features him, Samardzija, Scott Kazmir and Sonny Gray. If there is a better starting rotation than that in the majors, please do enlighten me.

With all due respect to the Los Angeles Angels, the American League appears to be down to a two-horse race between the Athletics and the Tigers, both of whom are now 2/1 and 3/1 odds, respectively, to win the ALCS. Dominant pitching always beats live bats, especially during the playoffs. The question now is, whose pitching staff will be more dominant than the other should they meet in the ALCS.

Over at the NLCS, the Los Angeles Dodgers and the St. Louis Cardinals were widely expected to be buyers during the trade deadline. The Cardinals did their part, acquiring a pair of starting pitchers in John Lackey from the Red Sox and Justin Masterson from the Cleveland Indians. They had to send first baseman Allen Craig and outfielder James Ramsey to the Sox and Indians, respectively, but the moves made improve their pitching rotation a great deal. As it stands, the Cards are now 12/1 odds to win the World Series and 5/1 odds to win the National League.

The Dodgers chose to stick to their current roster despite numerous indications that it would be aggressive in the deadline. By staying pat, the Dodgers head into the pennant race with a rotation that’s probably as good as A’s and the Tigers. Clayton Kershaw is still the best pitcher in the world and he’s backed by Zack Greinke, Josh Beckett, and Hyun-jin Ryu.

Despite the Cards’ aggressive play to acquire Masterson and Lackey, LA is still the favorite to win the NLCS at 12/5 odds. It’s World Series odds dropped to 7/1 after the Tigers’ and A’s literal arms race, but it could end up being a blessing in disguise for backers of the Dodgers.

The Tigers and the Dodgers have long been tipped to meet in the World Series. That could still happen and the pitching match-ups in those games would be nothing short of must-see TV. But don’t sleep on Oakland now. It’s coming fast, hard and with the velocity of a Jeff Samardzija 98-mph fastball.