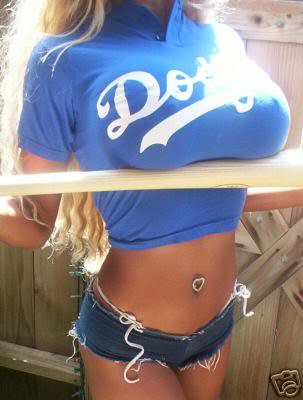 This time last year, the Boston Red Sox were 30/1 odds to win the World Series. Entering the 2014 Major League Baseball, the Red Sox are the defending champions after posting one of the most dramatic turnarounds a year after they finished in the bottom of the AL East. Will it be the same formula for a struggling team last year to post a charmed season that ultimately leads to a World Series title?

The chances of doing so are pretty slim, but hey, teams can still dream, right?

What has been a perilous spot for darling teams the past season is being labeled the favorites entering spring training. Two years ago, the Miami Marlins were on everyone’s radar and that turned out to be a disastrous season for the Fish. Last year, it was the blue birds from Toronto who were given favorites’ status heading into the start of the season. And guess what? the Blue Jays rode a hugely disappointing season that was mired with injuries, pitching inconsistencies, and all-around ball-club mismanagement.

So with the start of spring training scheduled for later this week, who holds the distinction of being World Series favorites?

To be fair, the Dodgers were the best team in baseball for the second half of the season, finishing their last 100 games with a sparkling 65-35 record. But a lot of things went right for LA last year, beginning with Cy Young award-winning ace Clayton Kershaw, who was nothing short of Koufaxsian last year, posting a mind-bending 1.83 ERA and a 0.915 WHIP for the entire year. But it wasn’t just Kershaw. The Dodgers also benefited from having one of the most potent offenses in the league in the latter part of the season on the strength of the hot bats coming from Hanley Ramirez (when he was healthy), Adrian Gonzales, and Yasiel Puig. The Dodgers are poised to make another deep post-season run on paper. The question is, can they sustain that level of excellence for an entire season and not get burdened by the heavy expectations that flattened the Marlins and Blue Jays the past two years?

If you’re not sold on Los Angeles, the next team on the list has been a traditional fixture among World Series favorites in the past few years: the Detroit Tigers. Having Miguel Cabrera on your team helps justify the 17/2 odds, and don’t forget about the other Cy Young winner last year Max Scherzer. He’s still a Tiger, as is Justin Verlander who had a sluggish last season but is poised to return to form this year. Prince Fielder is gone but he never really fit in with the Tigers and Cabrera. In his place will be Texaas Rangers second baseman Ian Kinsler, who will be a major upgrade over the now departed Omar Infante, even if Kinsler posted a hellaciously poor batting year last season.

Up to the third on the list of favorites is another team familiar to being in this spot despite missing the post season last year. Yep. The New York Yankees are 10/1 to win the 2014 World Series after a busy offseason that saw the team dole out mega-sized contracts, culminating in the signing of Japanese ace Masahiro Tanaka for $155 million. Will the team’s return to its free-spending ways translate to a 28th World Championship? At 10/1 odds, you gotta like those chances.

Only after these three teams do we see the defending champs at 12/1, fair enough odds given the loss of some key players like Jacoby Ellsbury (to the Yankees no less!).

The Red Sox are joined by two teams at 12/1 – the Washington Nationals and the St. Louis Cardinals – followed by the Texas Rangers at 14/1, the Los Angeles Angels and the San Francisco Giants at 16/1, the Cincinnati Reds at 18/1, and the Atlanta Braves, the Toronto Blue Jays, and the Oakland Athletics, all of which are at 20/1.

The Tampa Bay Rays (our sleeper!) is at 22/1 and from there, the lines drop to the Pittsburgh Pirates (25/1) and further down to a cluster of teams sporting identical 33/1 odds.

Not surpassingly, the Houston Astros bring up the rear at 200/1 odds, a year after posting just 51 seasons and giving us its most indelible moment of the season: Jonathan Villar’s butt slide. The Miami Marlins, only two years removed from being a bandwagon team, have the next worst odds at 100/1. Not a lot to get excited about down there in Miami, right, other than pitcher Jose Fernandez. Forget about those 100/1 odds when he’s on the mound. The kid is really, really good.