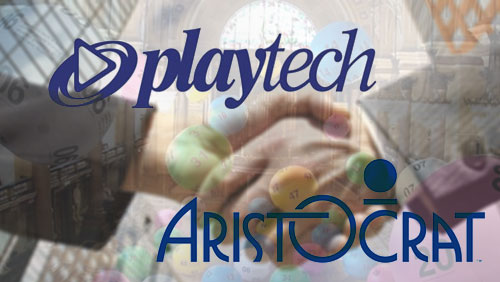 Both ALAB and ALI provide a driver-based gaming platform for VLTs and casino markets in Norway and Italy, marketed under the TruServTM brand. The deal is subject to certain adjustments and closing conditions to be completed by the end of the month.

Acquiring Aristocrat’s assets will allow Playtech to continue its expansion in Europe as one of the region’s premier suppliers of VLT systems to complement its land-based operations, replicating the success it has had with its Videobet solution in the UK. It will create new opportunities for its other products and content to be introduced in new jurisdictions.

Aristocrat decided to to part with its lottery businesses in Norway and Italy to shift its focus on other business opportunities. A few months ago, the Australian slot-machine manufacturer acquired Video Game Technologies for $1.28 billion. Aristocrat was able to increase its installed based of slot gaming units to 28,400, more than three times the 8,400 machines it had before acquiring VGT’s profile.

That deal signified Aristocrat’s new business focus of securing a large chunk of the US slot machine market, something Aristocrat CEO Jamie Odell alluded to when talking about the deal with Playtech.  “The sale of the lotteries business will allow management to focus on these growth areas to deliver optimal returns on the group’s design and development spend,” Odell said.

“In particular, we will continue to leverage our premium game content across priority, high-value segments and markets, including North American gaming operations, digital and core outright sale markets.”