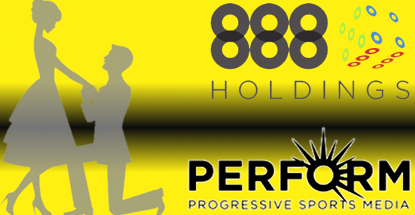 The board of digital sports media purveyors Perform Group has announced it has no intention of accepting the takeover offer by its number one shareholder. On Monday, Access Industries announced a £701.6m takeover bid of Perform as part of a plan to take the FTSE 250 company private just three years after the company launched its initial public offering.

Access Industries, which is run by the UK’s fourth richest individual Len Blavatnik, already holds a 42.5% stake in Perform. Access was offering 260p per share but Perform’s board says this price “undervalues the company and its prospects.” Combined, the board members hold nearly 11% of Perform’s shares, enough to block Access from obtaining a position greater than 90%, which would trigger a compulsory takeover under UK law.

Perform’s shares have tumbled from 560p last November to as low as 195p in late August following warnings of lowered profit expectations due to advertising and sponsorship revenue drying up (and that was before the infamous ‘phantom match’ reported to bookies by Perform’s live-data subsidiary RunningBall). Perform closed Wednesday’s trading at 259p.

PERMIRA EYEING 888?
UK-listed online betting operator 888 Holdings has been pegged as a potential acquisition target by private equity group Permira. Many observers have suggested that the UK’s looming online gambling regime change will result in further consolidation of the sector, but most of the takeover speculation has centered around struggling firms like Ladbrokes or Bwin.party, whereas 888 has been consistently delivering solid earnings report cards. 888 shares rose 9p on Wednesday to close at 135.2p.

The Wall Street Journal reported that the UK-based Permira believes the regulatory changes have removed some uncertainty that had been hanging over the online gambling sector, making investors a little bolder about pulling the trigger on potential deals. Permira not only believes 888 is ripe for plucking, but sources claim Permira itself may make a bid. Permira formerly held a one-fifth stake in Macau casino operator Galaxy Entertainment Group, but sold out nearly two years ago.