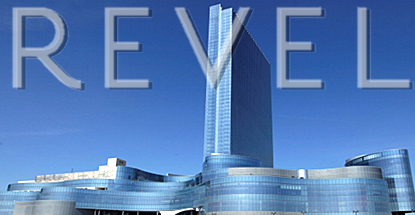 Atlantic City’s doomed Revel Casino Hotel has announced it will close its doors on Sept. 2, a week ahead of its previously announced close-by date. Earlier this week, the two-year-old $2.4b seaside gaming joint said it would close Sept. 10 after no qualified bidders emerged ahead of the planned auction of the bankrupt casino’s assets. But on Friday, Revel’s owners issued an email saying the property’s hotel would kick out its remaining guests at 11am on Sept. 1 while access to Revel’s casino floor would be shut down at 5am on Sept. 2.

Revel is one of three AC casinos set to close within the next 30 days, the others being the Trump Plaza and Caesars Entertainment’s Showboat property. The latter is set to close at the end of August but Caesars has said it’s open to offers on the property, which, unlike the Plaza, actually makes money. On Friday, the Press of Atlantic City reported that local developer Atlantic Properties Group has expressed interest in acquiring the Showboat and transforming it into “an entertainment-based property with a significantly reduced casino component.”

However, those plans won’t be possible if Caesars imposes deed restrictions that preclude new owners from offering a casino component. Caesars execs have publicly stated that AC’s gaming woes stem at least in part from oversupply and the company imposed such ‘no soup for you’ restrictions when it sold the Atlantic Club to TJM Properties in May after the casino was shut down in January.

But a state lawmaker is suggesting Caesars may not have the legal authority to impose such restrictions. Assemblyman Chris Brown sent the state’s Division of Gaming Enforcement (DGE) a letter this week requesting public hearings on whether Caesars has the right to “restrict gaming by rejecting all bona fide bids that include a gaming aspect.” Brown believes Caesars’ restrictions “violate the public interest” by running counter to state laws that set aside specific areas of Atlantic City as designated gaming zones. Brown is also seeking to reverse previous deed restrictions, like those imposed on the Atlantic Club.

New Jersey Gov. Chris Christie has scheduled a Sept. 8 summit with AC casino stakeholders – operators, unions and politicians – but Christie said he’s not waiting until then to try to find some way out of this fine mess. At a town hall meeting in Ocean City on Thursday, Christie said his administration was “working every day” with the DGE, the Casino Control Commission (CCC), casino operators and city officials to find some solution to AC’s seven-years-and-counting decline.

That said, Christie said he’s powerless to help the estimated 6k+ employees who will be out of work as a result of the three imminent casino closures. The good guv said he empathized with the employees’ plight but insisted he “cannot and will not order any private enterprise that they have to stay open. I just can’t do that and philosophically it doesn’t make sense.” Echoing the position already staked out by the CCC, Christie said he “can’t force someone to continue to lose money.”