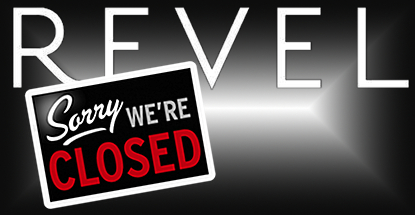 The owners of Atlantic City’s troubled Revel Casino Hotel have confirmed Monday’s rumors that none of the offers it received from bidders were officially ‘qualified’ and thus the bankrupt property would close its doors as of September 10. Hopes had been raised last week after the planned auction for Revel’s assets was postponed to give the owners more time to analyze the bids it had received, but those hopes have now been dashed, meaning 3,100 full- and part-time employees will officially be out of work next month.

Revel Entertainment Group LLC issued a statement on Tuesday saying it regretted “the impact this decision has” on its employees “who have worked so hard to maximize the potential of the property.” But these efforts hadn’t proven sufficient to “put the property on a stable financial footing.” The owners still planned on selling the property “in some form” but “cannot avoid an overly wind-down of the business at this time.”

Conceived at the height of last decade’s economic boom, the $2.4b Revel’s brief 2.5-year lifespan featured a litany of missteps and unrealized potential. Investment bankers Morgan Stanley now look like geniuses for having the foresight to write off their $932m investment in the property back in 2010 rather than invest a further $1b in seeing it to fruition. Revel eventually opened in April 2012, but its progressive smoke-free policy kept gamblers away and the property filed for bankruptcy protection in March 2013. Revel underwent a massive restructuring but filed a second bankruptcy this June.

Revel’s demise echoes the fate of the Atlantic Club (closed this January), Caesars Entertainment’s Showboat (closing at the end of August) and the Trump Plaza (closing Sept. 16). AC’s systemic woes were detailed this weekend in a New York Times infographic which showed more than half of the US’ northeastern population lived within 25 miles of a casino. A decade ago, that figure was only 10%, reflecting the huge influx of new regional competition with which AC has had to contend.

On Monday, the New Jersey Casino Control Commission (CCC) admitted it was powerless to compel any casino to keep its doors open long enough to allow potential investors more time to consider their options. Several state politicians had pleaded with the CCC to intervene but chairman Matthew Levinson said his panel ‘simply does not have the authority to direct a casino licensee to forestall a business decision to cease its gaming operations.”