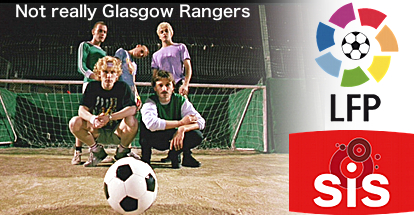 Last week’s ‘phantom’ football match that forced a number of prominent UK bookmakers to void or refund wagers turned out to be a ‘pick-up’ match between friends. On Aug. 4, Perform Group subsidiary RunningBall provided real-time data to bookmakers on a purported exhibition match featuring Spanish second division squad Ponferradina and Portuguese side Freamunde. But observers quickly sounded the alarm after confirming that the teams weren’t scheduled to play each other, leaving questions as to who was playing and why RunningBall’s scout hadn’t noticed anything was amiss.

RunningBall released a statement saying a match had taken place, but not featuring the teams advertised, even though they were “wearing the correct team colors.” Portuguese sources have since come forward to say the match in question involved a group of average Josés who had paid €200 to rent the field for the day. Antonio Coelho, president of the Sao Joao de Ver sports club, told Bloomberg the match was “a fun game among friends” who’d rented the field “once or twice” on previous occasions. Coelho said the friends had to look for extra players to make up the numbers.

The ensuing brouhaha forced UK bookies Coral to refund all losing wagers placed on the outcome of the match, while betting exchange Betfair chose to void all bets it had booked. Chris Eaton, director of the International Center for Sport Security and former head of security for FIFA, said at least four other betting sites had taken wagers on the match, including Asian-facing betting giants SBObet and IBCbet as well as UK-listed firm Bwin.party digital entertainment. None of these sites have chosen to comment on the controversy.