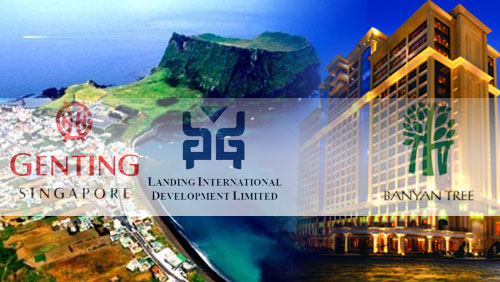 Nguyen Ngoc Thien, chairman of the Provincial People’s Committee, confirmed the province’s support of Banyan Tree’s casino proposal. The developer still needs the official go-ahead via the National Assembly ratifying the decree but all signs seem to point to that happening.

Once Banyan Tree receives its license, the company will begin establishing the framework of its proposal at the 280-hectare Laguna Lang Co resort, which opened March of last year. The company’s proposal is expected to feature a casino that is in the league of the Ho Tram Strip, Vietnam’s first fully integrated resort and casino that opened its doors to the public last year. The development will also give rise to a series of Angsana-branded hotels and spas, private villas, convention facilities, entertainment and dining options and an 18-hole championship golf course designed by Nick Faldo.

Vietnam has become increasingly aggressive in licensing casinos in the country. Other investment groups like VinaCapital have made their own proposals and the government has begun canvassing investors to come build casinos at designated locations throughout the country.

In its filing with the Hong Kong Stock Exchange, the company said that it would use HK$320 million ($41 million) of the raised amount as part of the development costs of the Jeju resort and HK$125 million ($16 million) for the casino business.

The June share subscription came around the same time the company announced its Jeju plans. Genting was one of the subscribers in the share subscription, paying HK$243 million ($31.3 million) to secure 810 million shares of Landing International. The real estate developer expected to foot a total of about $312 million for the project by 2015.