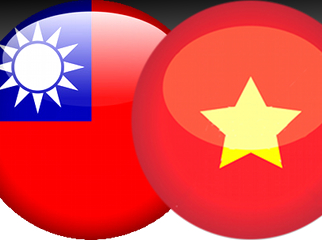 Taiwan’s casino hopefuls lost a little hope on Monday with the news that the country’s casino legislation is facing yet another delay. In May, Taiwan’s cabinet approved a draft casino bill that would permit construction of one or more resort casinos in Taiwan’s outlying Matsu island chain, and the full legislature was expected to promptly begin debate on the bill’s merits. But Julia Lee, VP of Taiwan development for Weidner Resorts, told GamblingCompliance that sources within the legislature had told her the bill would now not come up for debate before August at the earliest.

Over in Vietnam, a long-delayed casino project finally has a launch date. Ho Tram Project Company (HTP), a wholly owned subsidiary of Canadian developer Asia Coast Development Ltd. (ACDL), says its resort casino on a 2.2km-stretch of beach two hours from Ho Chi Minh City will open on July 26 under the name The Grand – Ho Tram Strip. HTP’s VP of Hospitality John Webb said the name was the result of a “long discussion process with stakeholders, branding experts and all departments within our organization.”

The Grand’s first phase will feature a 541-room five-star hotel along with gaming facilities, ten bars and restaurants, three swimming pools and luxury retail shopping. The second phase, which broke ground in October, will add 559 rooms and more leisure and convention facilities. American gaming operator Pinnacle Entertainment, which holds a 23% stake in ACDL, will operate a second casino within the development. The casinos will only be accessible by foreign tourists and Vietnamese nationals holding foreign passports.

ACDL’s Vietnam venture has traveled a long and occasionally rocky road to get to this stage. Delays in its construction caused a consortium of Vietnamese banks to suspend the project’s line of credit in November, a shock that ultimately led to the exit of MGM Resorts International, which had been tapped to run the project’s gaming operations. The investment certificate was restored in April, but ACDL’s CEO Lloyd Nathan filed a lawsuit against his bosses last month, claiming he’d wanted to quit last year but was induced to stick around until the company and the government got back on speaking terms, after which Nathan was placed on administrative leave. So, it’s probably not a stretch to say Nathan won’t be cutting the ribbon on July 26.

Asian Coast Development Ltd. CEO sues his company for trying to force him out
Peter Amsel
18 May 2013