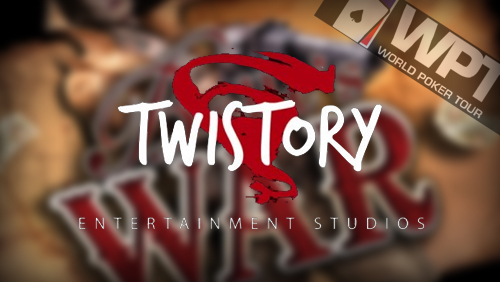 Twistory Entertainment Studios have inked a deal with the World Poker Tour (WPT) to broadcast original TV segments of their video game Belle’s War in upcoming episodes of the WPT tournaments shown on the Fox Sports Network (FSN).

If anybody is at the forefront of the move to attract non-gambling entities to the world of poker it’s the World Poker Tour.

After striking deals with the Swiss watch Manufacturer Hublot, the king of the cans Monster, and continuing their high profile relationship with the Tiger Woods Foundation, the WPT have now shaken hands on a deal to show special segments of the video game Belle’s War on future FSN/WPT episodes.

The deal has been struck with the games developers, Twistory Entertainment Studios, and it’s been revealed that the actress and model Danielle Vasinova (who plays Belle) will play live against two poker players, from the WPT, in heads-up matches of the video game Belle’s War, to be shown during the ad breaks.

Players who finish amongst the top 13 on the mobile device leaderboard will also be eligible to appear as a contestant in a forthcoming WPT segment featuring their heroine.

Belle’s War is set in the 1860s Wild West, and stars an adventurous women who is said to be able to give Lara Croft a run for her money. The show will air on the FSN network sandwiched between either Main Event or Alpha8 episodes.

Twistory Entertainment was founded in 2009 by film director and writer Christopher “mink” Morrison and Karl Wolfe, and the actress Danielle Vasinova has appeared in TV shows such as The Young and the Restless, Dexter, and has taken lead roles in the movies White Trash Noir and To Hell With a Bullet.