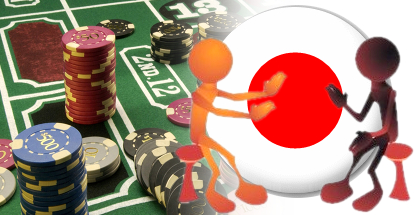 At long last, Japanese legislators have officially commenced debate on the country’s casino study bill, leaving open the possibility that it will be passed this year. The current session of parliament wraps up on Sunday (22) and while casino supporters have no illusions that they’ll be able to engineer a vote on the bill before that time, the plan was to introduce the bill in order to keep it on the agenda for the abbreviated session that commences in late September or early October.

On Wednesday, the casino bill made its long awaited debut in the Japanese legislature’s lower house. Hiroyuki Hosoda, a member of the ruling Liberal Democratic Party (LDP), told Bloomberg News that the plan was to pass the bill in the lower house at the beginning of the fall session, “then enact it without fail in the upper house.”

As late as last week, it looked like the study bill wasn’t going to make it. A key committee member from the opposition Democratic Party of Japan (DPJ) threw up last minute objections that appeared to spell legislative doom. But the DPJ wrangled some concessions, including the holding of regional hearings to assess public temperament on the casino issue, which allowed debate to proceed.

As for what lawmakers discussed on Wednesday, GGRAsia obtained a summary of the main topics that included a stated preference for Singapore-style casino entry levies. However, while Singapore imposes a S$100 (US $80) daily levy on locals in order to mitigate potential negative impacts of gambling, Japan is reportedly considering a levy on all casino visitors – domestic or foreign – a suggestion that would likely not thrill casino operators.

Masakazu Hamachi, a member of the Komeito party and of the committee overseeing the study bill debate, said that if a vote was held in the fall session, “those in favor will be in the majority.” Passage of the casino study bill is a necessary precursor to legislation that would spell out the nuts and bolts of resort casino development. Casino operators were originally hoping the nation’s first casino would open by the time tourists flock to Japan for the 2020 Olympic Games, and while that’s still theoretically possible, few view it as realistic.