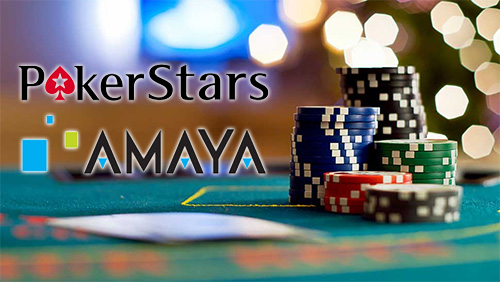 Lee Davy canvasses the opinions of the players as news of the Amaya Gaming/PokerStars acquisition sweeps through the World Series of Poker (WSOP).

The 45th Annual World Series of Poker (WSOP) will always be remembered as the time a Canadian gaming company acquired the largest online poker operator in the world.

Shareholders of PokerStars parent company, Oldford Group Ltd, sold their holdings to Amaya Gaming for $4.9bn, before resigning from the board and all other interests within the Red Spade. The Full Tilt Poker (FTP) brand also transfers to Amaya.

So what’s the big deal?

I guess it depends who you ask.

If you ask a very clued up poker industry insider, such as Alex Dreyfus: CEO of the Global Poker Index (GPI), the acquisition is a tremendous thing for the growth of poker in the US, which in itself is an important brick in the global Lego set of poker.

“I understand why US land-based operators are fighting against PokerStars, and I respect their position, but I believe as well that PokerStars is the only company capable of innovation and investment to drive poker up in US. Today, most of the current online operators are suffering because they can’t afford to develop poker, on the same scale that PokerStars will ever be able. So, for the player point of view, and the poker market, I think its great. It will force competitors to review their strategy, and somehow force them to be more creative, innovative and yes, it will be more expensive, but for the good sake of the players and the market, eventually” Said Dreyfus.

For the players, the return of the Stars and FTP is a software and liquidity matter. When Black Friday occurred, players had several choice. They could stay in the US and play remotely (therefore illegally), they could quit and find a different job, they could play live poker, or they could travel around the world and grind, on the road, in countries that weren’t as bat shit crazy as America.

Where these people ended up depends on their view on the return of these two behemoths.

In the main the vibes around the WSOP are pessimistically positive. They will crack open the Party Poppers only after they have logged on and played a regulated real money hand, but they are excited nonetheless.

“It would obviously be fantastic for us American poker players if Stars/FTP re-entered the US market. It would prevent us from having to fly to Canada or Mexico or elsewhere in order to play online. Poker has taught me not to ever let my emotions get too high or too low until a hand or deal is complete, but I’m excited at the prospect.” Said Shannon Shorr.

“I would love to opportunity to play on PokerStars or Full Tilt in the US again and I think many others would also share this opinion. Both companies have been in the business for years and just know how to run an online poker room. Also a company like PokerStars has just about the best reputation you can have for running both live and online tournaments. I always say PokerStars is like the Apple of the poker world…. there just isn’t even a close second place competitor. It truly is sad that Americans don’t have the opportunity to play on the undisputed best online poker room in the world.” Said Faraz Jaka.

“I think that any company that can push to get online poker going strong again in the U.S is great for myself/other pros, as well as the casual player that would like to play low stakes for fun, from the comfort of there own home.” Said Greg Merson.

Like I touched upon before, Black Friday changed lives, and some of then don’t want to change back.

“As with any news about online poker in the USA, I approach it with a lot of caution and skepticism. It has definitely not been helped by this state-by-state approach, instead of trying to push for online poker that allows anyone in America to play against anyone else in America. That is an ecosystem that is sustainable. State by state just simply will not work. For me personally, until they allow for a PokerStars.com that includes the USA as well as European countries, or a USA only version of PokerStars that grows into an equivalent of the current Stars then I might be interested. But for the time being, Black Friday has completely changed my life. I now spend a majority of my year on the European circuit playing the EPT’s and WPT’s while playing online on weekends, and during big online series. I don’t see that changing for me anytime soon, but I welcome any solution that brings casual Americans back to the game, and hope for the eventual solution of integration across countries like it used to be years ago. Now that is something I could get excited about.” Said Jason Wheeler.

A few other poker players who chose not to provide a written quote also intimated that they were happy with the life on the road; or had settled nicely in either Canada, Mexico or Europe.

There is no doubt that players are excited to play on PokerStars and FTP software, but the issue of liquidity also reared its ugly head. Is there any point playing on wonderful software in New Jersey, Nevada or Delaware? Does there need to be a worldwide pool again, or will people be happy with an Americam.com PokerStars, or FTP, branded site?

Another issue that arose was the comfortableness of the American people with the brand name FTP. Are people going to forgive and forget, even if the brand is no longer associated with the demons that tore out their hearts?

“Some things might depend on whether it will be a stand alone network like Stars.fr or if it will feed into the Stars.com network. I think either way we will see a huge resurgence in online poker. I’ve heard some rumors about other large marketplaces that might be opening up to Pokerstars.com as well, so a combination of these things would be absolutely massive. Under the FTP name? I think there would be a huge amount of skepticism from Americans under that branding. Personally I think that any of the major sites being able to merge their current player pool with America would be amazing. Currently FTP is a sad shadow of its former self but opening to America would be a huge step.” Said Dylan Linde.

“US players being able to join the main PokerStars site, and be able to play with all the countries would be amazing. That’s what all poker players ultimately want to see happen. Having a PokerStars.us where every state is allowed to play would also be great, if the former doesn’t happen. Having online poker become prevalent again in the US is what we all want to see happen one way or another.” Said David Peters.

At the end of my conversations with these people the answer became obvious. Unless you are Sheldon Adelson, then everyone involved in gaming should want to see PokerStars and FTP back in the US market, irrespective of their personal circumstances.

It’s easy to see how WSOP.com and Ultimate Poker may prefer to see PokerStars/FTP stay on this side of the pond, but I share Dreyfus’s view that competition will ultimately be healthy for the global poker industry.

It’s not just Sheldon Adelson who has a problem with PokerStars.

“I run so bad on Stars that I would probably save a lot of money of they never came back.” Said Matt Salsberg.