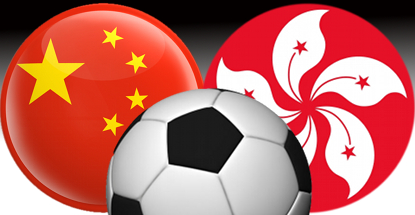 Chinese sports bettors have one less option with which to wager on 2014 FIFA World Cup matches after authorities in Hong Kong and on the mainland busted what a senior police official called the biggest such takedown in the city’s history. Hong Kong police arrested 26 individuals on Sunday, while their counterparts on the mainland arrested three more.

The betting ring, which police said had been in operation for around six months, allegedly used “at least three” password-protected South American-based websites to process wagers. Police said the ring catered to a network of thousands of punters, including some high rollers who were allowed to wager up to HKD 50m on credit.

Eleven of those arrested in Hong Kong, including the 46-year-old alleged ringleader, are said to be members of the 14k and Sun Yee On triad groups. The arrested individuals have yet to be formally charged but police are expected to lay charges of illegal gambling and money laundering. The maximum penalty for illegal gambling is seven years in prison and fines of up to HKD 5m.

Ng said the arrests were the culmination of a months-long investigation and that “more such crackdowns will come” as the World Cup festivities kick off in Brazil. Police forces across Asia have teamed up with Interpol in a bid to curtain the massive betting activities that are expected to accompany the football tournament. Last month saw preemptive strikes in both Shanghai and Singapore.