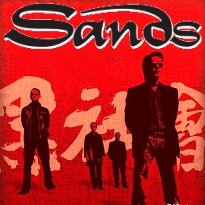 Las Vegas Sands (LVS) may soon find itself in deep doo-doo with Nevada gaming regulators following a Reuters report that LVS allowed a man linked to Chinese triads to transfer $100k from a Las Vegas casino to a casino in Macau. The man, Charles Heung Wah Keung, was identified in a 1992 US Senate subcommittee investigation into Asian organized crime as an “office bearer” for the Sun Yee On triad.

Heung is chairman of Hong Kong-listed China Star Entertainment, the production company responsible for such acclaimed dramatic films as Election (which, ironically, involves a power struggle at a Chinese triad) and comedies like Poker King. Heung’s father founded the Sun Yee On triad, which is now (allegedly) run by Heung’s older brother, but Heung has denied any personal involvement and has never been convicted of any triad-related crimes. LVS reportedly conducted its own investigation of Heung, but a spokesman declined to specify what had prompted the investigation nor what info it turned up.

The $100k in question was transferred from the Venetian in Las Vegas to the Sands Macau on Jan. 31, 2009. Reuters uncovered the transaction while studying documents that emerged via the wrongful termination suit brought against LVS by former Sands China CEO Steve Jacobs. Jacobs had obtained a list of $68m worth of transfers from Macau to Las Vegas, but had blocked out the names of the individuals. Reuters obtained a non-blacked out copy as well as a second list from a “casino industry source” detailing a total of $40.5m transferred from Vegas to Macau.

In court filings related to the Jacobs suit, LVS says the sums are bookkeeping credits, rather than actual transfers. LVS says it advances credit in one jurisdiction based on money a client has deposited in another jurisdiction. The documents obtained by Reuters also indicate that LVS has been cooperating with Macau junket operators in the United States, although the role the junkets were playing in Las Vegas isn’t clear. In March, the CasinoLeaks-Macau website cited Heung’s “extensive relationship” with junket operator Suncity Group, which operates tables at all six Macau concessionaires, including the Venetian Macau. On Feb. 1, 2009, the day after LVS transferred Hueng’s $100k, it transferred $1m from a LVS property in Vegas to one in Macau on behalf of junket operator Sat Ieng Sociedade Unipessoal Lda. Former LVS operatives told Reuters that Heung served as a guarantor for Sat Ieng.

Gambling And The Law author I. Nelson Rose told Reuters the revelation that LVS was conducting business on US soil with someone the Senate had linked with triad activity was “not good … You shouldn’t be doing any business with [triad associates], but at the very least you shouldn’t be transferring any money for them.” LVS is already under multiple investigations in the US, Macau and Hong Kong regarding alleged money laundering activities, prostitution rings and bribery of Chinese officials that could amount to violations of the Foreign Corrupt Practices Act.

The timing could be better for LVS chairman Sheldon Adelson, who has upped his US profile significantly this year by donating (along with his family) some $41.1m so far to Republican groups at the state and federal levels, and has pledged to spend a further $60m to see President Obama out of a job come November. Adelson is slated to make an appearance at the GOP convention in Tampa on Wednesday, at a “Salute to Pro-Israel Elected Officials” hosted by the Republican Jewish Coalition. And a group with ties to House Majority Leader Eric Cantor (R-VA) has renamed a women’s issues pavilion at the convention after Adelson’s wife, Dr. Miriam Adelson. Mr. Adelson has previously given a Cantor-linked political action committee a $5m contribution, but we’re sure the two items are completely unrelated.

China says no work for actors who gamble, do drugs or pay for sex
Peter Amsel
26 October 2014
.