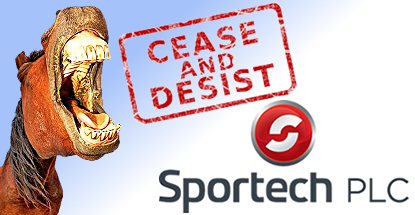 Online gambling operators taking horse racing wagers from Connecticut residents have been told to stop drinking Sportech’s milkshake. The US subsidiary of the Liverpool-based pool-betting operator has an exclusive deal with the state to offer online parimutuel horse betting via its MyWinners.com site. Apparently, this is news to some 28 other online gambling companies, all of which were sent ‘cease and desist’ letters from Department of Consumer Protection commissioner William Rubenstein and Attorney General George Jepsen.

The online gambling companies in question were apparently all US-based, with letters destined for addresses in Kentucky, New York, Pennsylvania, North Dakota, Florida and Ohio. The Hartford Courant quoted Rubenstein saying some of the companies had agreed to cease accepting wagers from and marketing to Connecticut residents, while others were apparently still studying Connecticut law and mulling their options.

Although the letters were sent out on May 20, Sportech is only now making the announcement public, which is in no way intended to get its name out into the public consciousness ahead of Saturday’s Belmont Stakes, at which California Chrome has a chance to become the first triple-crown winner since 1978. In addition to its online site, Sportech also operates 12 off-track betting outlets in Connecticut under its Winners brand.

Earlier this week, Sportech received regulatory approval to open its second sports bar, restaurant and betting venue in the state. The new Bobby V’s Restaurant and Sports Bar will be located in downtown Stamford and will be operated in partnership with former baseball great turned restaurateur Bobby Valentine. Earlier this year, Sportech opened the state’s first such venue in Bradley, a 10k-square-foot space offering food, drinks and wagering on jai alai, greyhound and horse races.