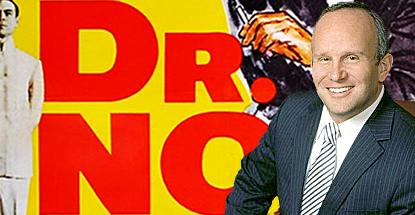 On Tuesday, a Pennsylvania state Senate committee held a hearing to discuss (among other things) the pros and cons of online gambling. As the frequency of these hearings increases, they’re starting to resemble a touring company of a Broadway show, as they mainly feature the same cast of characters and similar storylines. To wit, a Caesars Entertainment rep spoke in favor of online poker, a Las Vegas Sands rep spoke in opposition, while most of the other casino operators and politicians in attendance offered something ranging from ambivalence to trepidation.

Pennsylvania’s latest online push wasn’t expected to pass this year, a belief underscored by Gambling Compliance’s Chris Krafcik, who tweeted following the hearing that House Majority Leader Mike Turzai’s spokesman had told him online gambling was “not currently on our radar screens.” As we approach this week’s 70th anniversary of the D-Day invasion of Normandy, it’s worth remembering that the German defenses were only overcome after the first few waves of troops were more or less massacred at the water’s edge.

Andy Abboud (pictured), Sands’ designated VP of ‘No’, is becoming a fixture at online gambling hearings. Despite offering up ‘facts’ that can be easily debunked by anyone with access to Google and/or a shred of common sense – at one point on Tuesday, Abboud declared that the absence of any evidence of children being allowed to gamble online in Nevada, New Jersey or Delaware was evidence that they were gambling online – Abboud is routinely allowed time in which to disseminate the polemical views of his boss, Sands chairman Sheldon Adelson. Abboud’s facts may be disputable, but the belief that he’s sowing seeds of doubt in the minds of politicians seems obvious.

Forbes’ Nathan Vardi published a piece on Tuesday crediting Adelson with “winning his war against online gambling.” Frankly, that’s giving Adelson too much credit. This ‘war’ isn’t winnable. With the possible exception of Utah, online gambling’s spread across the US is inevitable. Just as lotteries and casinos made their way from state to state, so too will online gambling, with poker in the vanguard.

But Adelson is mounting a highly effective rearguard action. Thanks to Abboud and the Coalition to Stop Internet Gambling painting lurid pictures of families being evicted because little Jimmy gambled away Dad’s mortgage payments, politicians must at least contemplate the possibility of being blamed in their opponents’ attack ads if things go sideways.

States like California, in which the stakeholders are more or less united in their willingness to seize the future, will shrug off Adelson’s scare tactics and (eventually) get on with it. But less determined states are more vulnerable to Adelson’s particular brand of formaldehyde.

Deep down, Adelson knows he can’t win, but he’ll settle for gumming up the works as long as he can. And hey, if delaying online poker’s rollout across other states hurts a company like Caesars – whom Adelson has previously criticized for undercutting room rates in Las Vegas and thereby reducing the rates Sands can charge – well, that’s just a bonus.