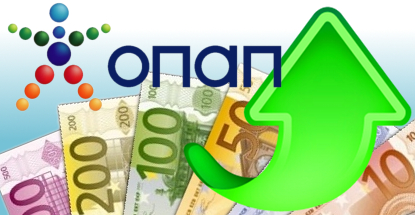 Greek monopoly gambling operator OPAP posted a net profit of €49.7m in Q1, up 27.6% year-on-year and higher than analysts had expected. OPAP achieved this transformation thanks to a sharp uptake in sports betting revenue and a 12% reduction in expenses, mostly via curbs in sponsorship and advertising spending initiated by new owners Emma Delta. Revenue in the first three months of 2014 rose 11% to €966m, spurred by a nearly 30% gain in revenue from sports betting game Pame Stihima and a more modest 4% gain in Kino.

OPAP CEO Kamil Ziegler said he expects the good times to continue through the rest of the year thanks to the May 1 launch of a new scratch card line and some insignificant sporting event known as the 2014 FIFA World Cup. The company’s new GTECH-powered online sportsbook has targeted a June 2 launch date, which should be plenty of time to work out any kinks before play gets underway in Brazil on June 12.

The online sportsbook will be football-only to start, with other sports not expected to be added until early next year, and even then, only if they’re capable of making “a meaningful contribution” to online revenue. Eurobank Equities projected OPAP’s online revenue would hit €75m in 2014 but that figure could leap to nearly €500m in 2015 as the online product diversifies.

The day before OPAP released its Q1 report card, the Greek Gambling Commission published the regulations governing online sports betting, thus clearing the ground for OPAP’s online launch. The lack of a traditional three-month standstill period may lead other European online gambling operators to ponder filing fresh complaints with the European Commission. The EC has already called OPAP on the carpet after the Greek government revoked the temporary licenses issued to online gambling operators in favor of extending OPAP’s monopoly.