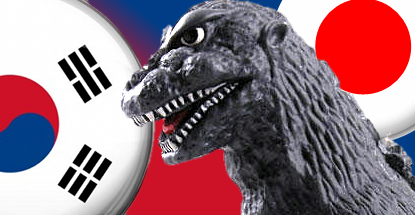 South Korea should drop its ban on locals entering casinos if it wishes to attract more international investment, according to a leisure industry consultant. Steve Park, managing director of market entry firm KORE, told the Korea Herald that the prohibition on locals entering all but one of South Korea’s 17 casinos was the single greatest obstacle to convincing international casino firms to set up shop in the country. Failure to amend this policy would cause South Korea to “irrevocably fall behind in the global market.”

Park communicated the same sentiments to attendees at this week’s Global Gaming Expo (G2E) Asia in Macau. Park said South Korea’s government was right to roll out the welcome mat for international investment in large-scale resort casino development, but further action was needed if the country hoped to minimize the threat from the gambling Godzilla currently lying dormant just off South Korea’s shores. Park said once Japan gets around to passing its long-awaited casino legislation, “a large sum of investment capital will then flow into the Japanese market, leaving little for Korea to profit from.”

Park says the casino business, “more than any other sector, involves an economy of scale, and thus requires a hard investment.” Without a guaranteed supply of local gamblers, the industry’s big names “will hesitate to commit themselves” to South Korea. Park said concerns over the possible social impact of locals being allowed to gamble could be mitigated by unspecified “preemptive measures.”

Ministry of Culture, Sports and Tourism stats show the number of Chinese gamblers visiting South Korean casinos rose 245% between 2009 and 2013. Last year, one-fifth of all tourists visited a South Korean casino. The Chinese contingent gave a boost to Paradise Group, the country’s largest casino operator, which showed revenue up 17.7% to KRW 170.5b (US $166m) at its three casinos in the first three months of 2014. Likewise, Grand Korea Leisure reported revenue up 5.5% to KRW 139.1b.

Meanwhile, Kangwon Land, the one casino at which locals are currently welcome, outperformed all comers (as usual). Despite being located in a remote area some 214 kilometers east of Seoul, Kangwon Land reported revenue of KRW 373.3b, up 9.1% over the same period last year. If the mountain won’t come to Mohammed…