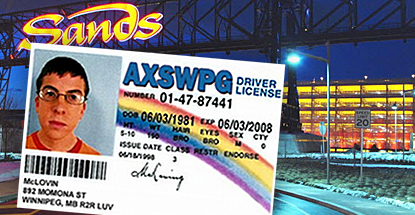 Speaking of Sands Bethlehem, parent company Las Vegas Sands has finally gone on record as saying the joint isn’t for sale. Rumors have been swirling for over a year that the casino – the smallest jewel in Sands crown, generating just 3% of Sands overall Q1 revenue – was on the block, with Tropicana Entertainment the most recent rival said to have been sniffing around the place.

On Friday, Sands president Michael Leven addressed the rumors, as well as acknowledging the recent upheaval from the computer hackers that compromised Sands Bethlehem’s corporate databases. Leven said casino staffers “have had to endure some trying events in recent months, including waves of media speculation about the future of the property. Today, that speculation stops.”

Underscoring Sands’ commitment to the property, Leven said the company was “working on a variety of concepts” for further reinvestment. Leven also named Mark Juliano as the casino’s new president, filling the role vacated after longtime president Robert DeSalvio tendered his resignation in February to take a job with rival Wynn Resorts. Juliano, who was a senior VP of Singapore’s Marina Bay Sands, is also an east coast casino veteran, having served as CEO of Trump Entertainment Resorts and president of Caesars Atlantic City.

LICENSE RENEWED DESPITE UNDERAGE GAMBLING CONCERNS
The Pennsylvania Gaming Control Board renewed Sands Bethlehem’s casino license on Wednesday. The renewal, good for another three years, was unanimously approved, with board member Keith McCall calling the casino “a model corporate citizen. I wish all of our casinos could emulate you.” Sands Bethlehem employs 2,800 people and anted up $180m in state taxes last year, second only to the $219m paid by Parx.

The board did bring up the awkward subject of the casino allowing underage gamblers to access the casino floor. Sands has been fined $174k for 16 such incidents since 2010, including a $56k fine in September. The Morning Call quoted Michael Roland, an investigator with the board’s enforcement bureau, telling the board that the casino was about to be fined yet again for six more as yet unspecified violations involving underage patrons.

Sands Bethlehem’s inability to keep minors off its casino floor is all the more embarrassing given the ‘online gambling preys on children’ mantra espoused by Sands boss Sheldon Adelson. Acting casino president Douglas Niethold said the casino was “doing our best” and repeated Sands’ desire for “some legislation that would add penalties with some teeth for any minor that enters the casino floor.”

Anyone else find it ironic that Parx wants to bring mobile gambling to its casino floor because it’s having such difficulty attracting younger gamblers, while Sands can’t beat them off with a stick?