Home / Casino / Solaire turns in profits after one year of operations 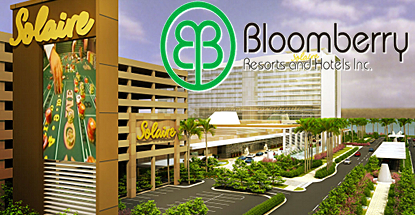 Enrique Razon Jr.’s Bloomberry Resorts made a gamble in becoming the first of the four integrated resorts and casinos to open in the Philippines’ Entertainment City. It was a decision that came with its fair share of risks.

Now, after 12 months of operations, that gamble has paid off handsomely for the company.

In the first quarter of the year (January to March 2014), Bloomberry Resorts Corp., the operator of Solaire Resorts and Casino, reported a net profit of 1.461 billion pesos (US$32.78 million). It’s a far cry from the 1.056-billion-peso ($23.7 million) loss it incurred in the same time last year when the company was in the final stages of preparations for the March opening of the resort and casino.

The huge turnaround has become sweet vindication for all the risks Bloomberry took in essentially venturing into unchartered territory given its neophyte status in the gambling industry. It also proved in its own way that it made the right decision in relieving Las Vegas-based Global Gaming Asset Management from its management contract last September, something Razon was all too quick to point out in a statement.

“This is proof positive that the group, without a third-party management company, has the ability and the acumen to manage an integrated resort,” the Bloomberry chairman said.

It is interesting to note that 95.7 percent of revenues from Solaire came from gambling. Only 3.9 percent of its revenues came from its food, beverage and hotel business while retail and “others” only accounted for 0.4 percent of the total pie.

The large disparity in revenues isn’t causing alarm bells for Bloomberry because building its core business (the casino) was the first step of its plan and from there, other elements of the integrated resort are being built up to follow suit. Two months ago, the company announced that it had raised P11.425 billion ($256.8 million) through a private debt deal to finance the resort’s Phase 1-A expansion. Solaire is set to build a new 300-suite boutique hotel tower, a performance theater with up to 1,800 seats, more retail and dining options as well as 200 more slot machines and 65 new gaming tables.

Turning in a profit a year after opening is a tremendous achievement for Bloomberry Resorts but things get a little more difficult from here. The second of the four gaming resorts, Melco Crown’s City of Dreams of Manila, is scheduled to open this year and only the naive would think that Solaire’s revenues won’t take a hit with competition rising literally three minutes away. Props to Razon and Bloomberry for achieving its first-year goals but can it maintain that success?