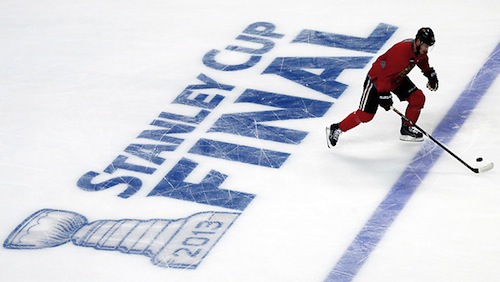 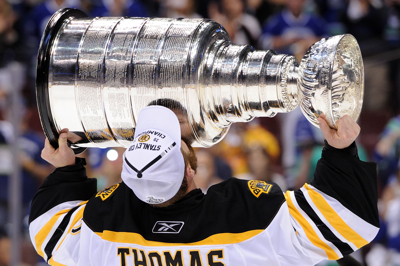 The puck is about to drop to kick-off the 2014 Stanley Cup playoffs and ahead of the Game 1 between the Montreal Canadiens and the Tampa Bay Lightning tomorrow, oddsmakers have put the Boston Bruins, as the favorites to win the Stanley Cup. The reigning Eastern Conference champ and this season’s President’s Trophy winner has been penciled in as 7/2 to go all the way and vindicate its epic collapse in last year’s finals against the defending champion Chicago Blackhawks.

Next to the Bruins, the St. Louis Blues are at 6/1 odds and it probably would’ve been shorter had it not been for a late season swoon that saw the Blues lose its last six games. Actually, 6/1 doesn’t seem like attractive enough odds for a team that clearly needs to get its house in order and bring back the form that made the team so lethal for the most part of the season.

The same can actually be said for the next two teams, the Pittsburgh Penguins and the defending champion Blackhawks, which are 7/1 and 8/1 odds, respectively. Like the Blues, the Penguins and Blackhawks both stumbled to the finish line and have pressing injury concerns to address ahead of the playoffs. It doesn’t bode well for either team when you have guys like Evegeni Malkin, Jonathan Toews, and Patrick Kane all questionable days before their respective first round games against the Columbus Blue Jackets and the aforementioned Blues.

Notice also that two of the four shortest odds are meeting in the first round. We don’t know what your preferences are, but St. Louis against Chicago in Round 1 is all but certain to be a barn-burner.

Moving down the list are the Anaheim Ducks and the San Jose Sharks, both of which are 9/1 odds. The Los Angeles Kings aren’t far behind at 10/1 with the Colorado Avalanche sitting at an attractive 14/1 odds.

From there, the odds drop significantly with four teams at 20/1, namely the Detroit Red Wings, the Montreal Canadiens, the Philadelphia Flyers, and the New York Rangers. At 25/1 odds, you could’ve found some great value on the Tampa Bay Lightning had it not been for Ben Bishop’s late-season injury.

The Minnesota Wild are at 40/1 with the Dallas Stars and the Columbus Blue Jackets bringing up the rear at 50/1 odds apiece.

These early odds highlight to a few intriguing points on how oddsmakers feel about each team’s chances. We’ve already touched on the Blues-Blackhawks first round match-up, but look at where the Colorado Avalanche are? Despite winning the Central Division owning the number 2 seed in the West, those 14/1 odds doesn’t sound like a team that has oddsmakers’ respect.

The disparity between the Eastern Conference and the Western Conference is also pretty evident. Six of the eight shortest odds are teams in the West. The only two teams from the East? The Bruins and the Penguins.

The relatively long odds for the majority of the Eastern Conference teams present a nice opportunity to put some money on a long shot. Remember, two years ago, the Los Angeles Kings won the Stanley Cup as the eight seed in the West at 40/1 odds. If we’re going to pick a nice sleeper, we have our eye on one team, provided its star goalie has recovered from his hand injury.