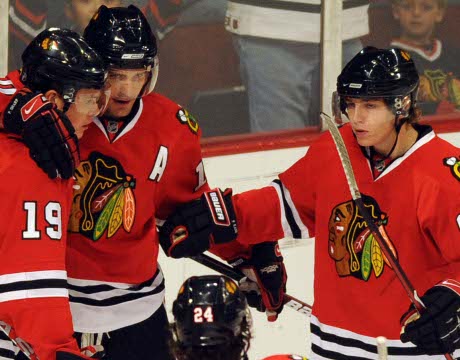 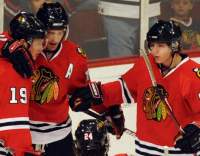 After winning the Stanley Cup last year, the Chicago Blackhawks shipped away a number of players that were instrumental in the team’s championship run. But you truly can never underestimate the heart of a champion, down 3-0 to the Vancouver Canucks in the first round of this year’s playoffs, the Blackhawks have battled back to force a game 7.

The President’s trophy winners looked dominant against Chicago in the first three games of the series and it looked like Vancouver was finally going to get the monkey of their back, after having been knocked out of the playoffs for the past three years at the hands of the Blackhawks. In game four, everything changed.

Perhaps the most puzzling thing about these turn of events was that Canucks skipper Alaine Vigneault started back goal tender Schneider instead of Luongo for game 6. It was clearly a panic move and it should be questioned. On one hand, Luongo hasn’t been great, and Schneider had been solid all year. But on the other hand, this wasn’t a regular season game, and Schneider, a rookie, may not have been ready for a game of that magnitude. Not with the weight of Canada breathing down his back.

Luongo on the other hand, knows exactly what that pressure is all about and he’s got a gold medal to prove it. It was disappointing to see that the Canucks weren’t willing to live and die with Luongo, their former captain, between the pipes. I suppose they don’t believe he’s earned that respect.

Now the Blackhawks are on the verge of making history. If you’re wondering how many teams have ever come back after being down 3-0 in a best of 7 series, the answer is 3. The 1945 Toronto Maple Leafs came back and beat the Detroit Red Wings, the 1975 New York Islanders came back against the Pittsburgh Penguins, and last year, the 2010 Philadelphia Flyers came back from 3-0 to take the series against the Boston Bruins.

Chicago could become just the fourth team in the history of the game to pull it off, but they’ll have to do it on the road, in Vancouver, against the best team in the NHL. Do they have one more miracle left?