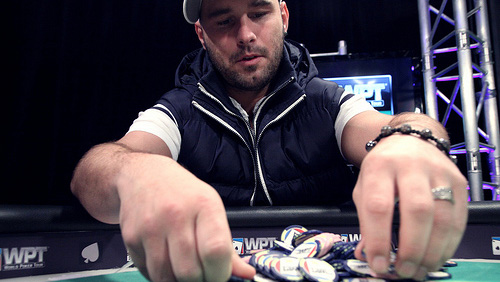 The World Poker Tour (WPT) are living up to their name, with action on both sides of the Atlantic, and the British pro Steve Watts has just closed out his first live tournament in over three-years after securing victory in the first of two main events in Marbella.

Watts came close to achieving WPT glory in 2012 when he finished fifth in the WPT Dublin Main Event, so he will be delighted to have finally bagged one, albeit in the smaller national series format.

It’s a great win for Watts and the €31,000 prize money will do his bankroll no harm in the run up to what he hopes will be another memorable World Series of Poker (WSOP) after finishing 59th in the $10,000 Main Event for the biggest score of his career back in 2013.

The WPT Continues to Drag in the American Crowds

The American poker community is loving the World Poker Tour right now as another shuddering field has hit the record books, this time at the WPT Seminole Hard Rock Poker Showdown in Hollywood, Florida.

1,795 players have created a million dollar first prize and at the time of writing three starting flights and three levels of Day Two action have been and gone; and there are a whole host of top names at the right end of the chip counts with just 450 players remaining in the contest.

Ryan D’Angelo, Matt Stout, Jeff Gross, Tuan Le and Mohsin Charania just a few of the characters in with a great chance of making a deep run in the event that will see 170 players take home a slice of the pie.