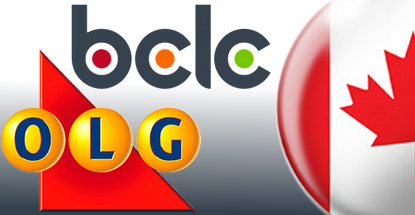 The British Columbia Lottery Corporation (BCLC) is cutting 7% of its workforce and slashing $20m from its operating budget in a bid to maintain profits. On Friday, BCLC announced it would cut 33 jobs at its Vancouver office, 29 at its Kamloops office and five from field staff across the province. BCLC is also trimming its operating budget, including a 23% reduction in its advertising and marketing spend. The Crown corporation said the layoffs were regrettable but were “the right decisions to best position BCLC to continue delivering strong net income to benefit British Columbians.”

Interim CEO Jim Lightbody said BCLC was facing the same problems as all gaming jurisdictions, namely “a mature marketplace with rising operating costs and marginal revenue growth.” BCLC generated $1.1b in net income for the province last year but that figure was up only $20m year-on-year. Lightbody noted that “after growth and plateau, the next stage is decline. We want to get ahead of that curve.”

Lightbody noted that provincial lottery corporations across Canada we’re struggling to connect with younger demographics. BCLC was the first lottery corporation to launch an online gambling site (Playnow.com) and BCLC also powers the Manitoba Lotteries’ online gambling site. However, PlayNow has struggled to match the more competitive offerings of internationally licensed sites and the Manitoba site’s initial revenue figures were underwhelming, to say the least.

The year hasn’t gone smoothly for BCLC, what with former CEO Michael Graydon abruptly resigning in late January, only to turn up a week later as president of PV Hospitality ULC, a Paragon Gaming subsidiary looking to build a $535m casino in downtown Vancouver and a company that was formerly under Graydon’s oversight. Graydon’s exit came just two weeks after the province announced it would conduct an audit of BCLC’s operations, including executive remuneration.

ONTARIO CREATES DIGITAL GAMING TASKFORCE
The Ontario Lottery and Gaming Corporation (OLG) has yet to launch its long-awaited SPIELO G2-powered PlayOLG.ca site, but the province has formed a new Digital Gaming Taskforce to help plan the province’s online strategy. The Taskforce will make its home in OLG’s office in Sault Ste. Marie and will consist of acting OLG CEO Tom Marinelli as well as representatives of the Canadian Banknote Company, the Debono Group, Pollard Banknote, Algoma University, Sault College, the Economic Development Corp and the Innovation Centre.

Marinelli insists that OLG’s online plans aren’t specifically aimed at attracting a younger demographic, saying online gambling was “just another channel that you leverage and if you’re not there, you’re missing that opportunity.” However, recent stats show that just 13% of OLG’s weekly lottery players are under 25 years old, while 42% are over 55, suggesting a demographic hourglass is about to run out unless PlayOLG proves a hit.

OLG recently launched a TV ad campaign aimed at younger players but Ivey School of Business marketing professor June Cotte told the London Free Press that OLG was barking up the wrong tree, noting that the demographic OLG was trying to reach didn’t watch all that much television. “When I’m surfing the web, I don’t see OLG marketing and that’s where they need to be because that’s where the younger eyeballs are now.”