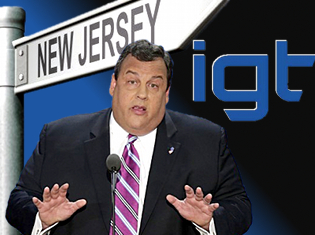 New Jersey may have (so far) declined to participate in the interstate online poker liquidity sharing compact inked on Tuesday between Delaware and Nevada, but New Jersey has agreed to let Atlantic City’s brick-and-mortar casinos link their slot machines with those in other states. The Division of Gaming Enforcement (DGE) announced Wednesday that it had authorized gaming device maker International Game Technology (IGT) to operate a multi-jurisdictional wide area progressive slot system, fulfilling a goal the DGE has been “aggressively” pursuing for some time. Atlantic City casinos first linked their slots jackpots in 1989, but the new agreement allows these links to extend out of state for the first time.

IGT’s Powerbucks system is the slots equivalent of the interstate Powerball lottery that has generated some of the biggest lottery jackpots in history. IGT VP of game development Joe Sigrist said his company would like to “applaud the gaming industry for advancing the slot experience.” The DGE was cagey on exactly which states would participate in the scheme. South Dakota was mentioned as a partner, but Delaware, New York and Pennsylvania are out of the picture due to the first two states offering only video lottery terminals while Pennsylvania doesn’t allow wide area progressives.

Meanwhile, New Jersey has been forced to walk back its initial overly optimistic tax revenue projections from its online gambling market. Gov. Chris Christie (pictured) had originally suggested the state’s share of the online gambling revenue could top $160m by the end of its fiscal year on June 30, but no one really took him seriously. On Tuesday, just before Christie gave his budget address to the state legislature, state Treasurer Andrew Sidamon-Eristoff said the new estimate for online gambling tax revenue would be more like $34m. Whoops.

Sidamon-Eristoff may be forced to revise this number further downward unless there’s some significant pickup in activity. Over its first two full months of activity, the state has reaped only about $3m in taxes, putting it on pace for a $10m total haul by the end of the fiscal year. Sidamon-Eristoff said that despite the fact that the state’s online gambling market was off to “a very promising start,” its introduction had been “somewhat delayed” and has “only just begun to help lift overall casino gaming activity.” Eristoff insisted he remained “bullish” on online gambling’s ability to help pay the government’s bills, but to date it “hasn’t met our expectations for the first fiscal year.”