Daniel ‘Jungleman’ Cates wins his first-ever live tournament after victory in the WPT Alpha8 event in the heart of South Africa. 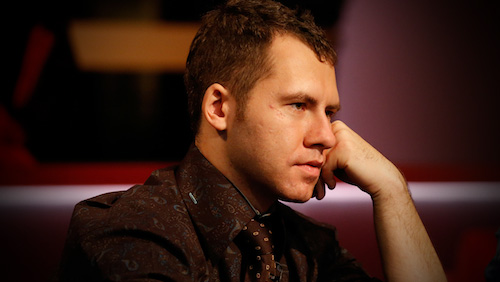 I mean what did you expect…the man is from the frickin jungle ladies and gentlemen!

It might not have been the biggest tournament that the Jungleman has been involved in (only 9-players showed up for the event), but that won’t matter one iota as Cates finally snags himself a ridiculously large trophy for the first time since he emerged from his bedroom back in 2010.

He has come close before – most notably finishing second to Scott Seiver in the 2012 PartyPoker Premier League – but this time he got the job done with a dominating performance in the Emperors Palace Casino in South Africa.

Only 9 unique players managed to make the trip from Australia to South Africa in what seems to be a little bit of Super High Roller fixture congestion. PokerStars Caribbean Adventure (PCA) and Aussie Millions drains the January funds, so perhaps a smaller field was expected for this Valentines Day offering.

After the first day had been and gone Max Altergott and Phil Ivey both bit the dust hard, and Antonio Esfandiari was the only player to take advantage of the re-entry option to take the final total entries to 10; a decision that meant he would have had to finish at least second to make a profit.

Cates was the man who had the chip lead after the first day of action with 317,000 chips, but he still had a lot of work to do with the likes of Jason Mercier, the aforementioned Esfandiari, Erik Seidel, Kinesh Pather, Jeff Gross and Philipp Gruissem all standing in his way.

In the end only three people would leave with any profit. Jeff Mercier would bow out in third place for $200,000 after he moved his short stack into the middle from the small blind, holding [Th] [7c], and Cates woke up with aces in the big.

That exit left the television viewers with a lopsided heads-up match with Cates holding a commanding chip lead: 836k v 164k and Cates ran over him ending with a KJo shove for Pather, a JTo call from Cates and two tens on the flop and river sealing the deal for the Internet superstar.