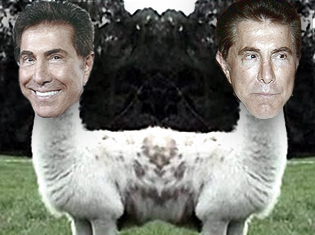 Steve Wynn’s opinion on online gambling is proving harder to handicap than which team will end up hoisting the Lombardi Trophy when Super Bowl XLVIII concludes later today. On Sunday, longtime Nevada journalist Jon Ralston posted snippets of a Friday conversation he’d had with the Wynn Resorts chairman, in which Steve said he agreed with the stance held by Las Vegas Sands’ vehemently anti-online gambling chairman Sheldon Adelson.

Steve hasn’t always felt this way. In March 2011, a couple weeks before Black Friday changed the US online poker landscape, Wynn Resorts had announced a tie-up with PokerStars, the world’s largest poker company. A week later, Steve told Forbes that his previous objections to online gambling had been based on “misconceptions” and that Senate majority leader Harry Reid (D-NV) had convinced Steve to reexamine his stance. Steve said he ultimately concluded that online poker offered “more control about young people playing” than brick-and-mortar casinos, and Steve even voiced the “naïve notion that other people might be enlightened by the facts themselves.”

Wynn’s post-Black Friday stance was a little more ambivalent, although that didn’t stop his casino company’s fledgling online division from applying for a transactional waiver to conduct online gambling in New Jersey. But when Ralston recently suggested to Adelson that his anti-online gambling stance made him an outlier in the casino business, Adelson insisted that Steve “doesn’t want to make money off it” and urged the doubting Ralston to seek confirmation from Steve.

When Ralston tracked Steve down, the casino boss told him that online gambling was “not a good entrepreneurial opportunity” because he couldn’t see “the government letting us keep the money” due to the government’s “insatiable appetite for revenue.” Like Adelson, Steve is a vocal critic of President Barack Obama and Steve took time out of last week’s post-earnings call with analysts to slam the effects on Wynn’s business by Obama’s Affordable Care Act. Steve noted that “nothing [that] has come out of Washington has done anything but add to our operating expenses.”

Steve also did a 180 on his faith in online gambling technology to block underage participants, now suggesting the technological wizardry he’d witnessed was “impressive if you were a cyber guy. But it was bullshit.” Like Adelson, Steve expressed concern that any high-profile incident of kids being brought to ruin by online gambling would provide ample fodder for “anti-gaming forces” to compel politicians to enact punitive curbs on the entire gaming industry, not just those operating online.

As recently as November, Steve was saying he was “neither a proponent nor opponent” of online gambling, and suggested banning online poker was “like the Volstead Act where they outlawed beer.” Last week, Steve told Ralston that online gambling offered a “narcotic” environment in which to scramble underage gamblers’ brains, making it clear that his tent was now firmly pitched in the Team No camp. Then again, who knows what the morrow will bring? The New Jersey Division of Gaming Enforcement is set to release its latest batch of regulatory filings this week. Will they show that Wynn Interactive has filed to withdraw its online gambling waiver application, or is Steve simply hedging his bets as usual?