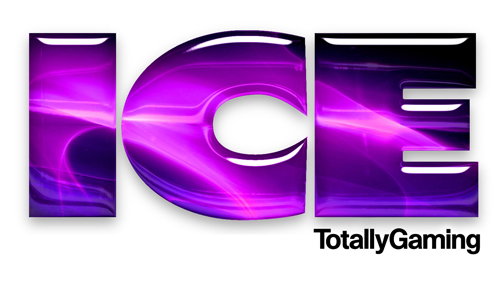 One of the most exciting elements of ICE Totally Gaming is the expo floor and on top of it all, the expo is free to enter. For those who are used to online gambling industry expos, you’re in for a real surprise when you see the size and garish nature of the most decked out land based booths, booths that likely cost those companies hundreds of thousands of pounds.

Not only are the booths themselves gigantic, these big land based companies also hire staff to entertain delegates, they hire models, they hire celebrities, they load up the booths with food, beverages and branded merchandise to hand out as people walk by.  Even if you don’t give a rat’s arse about the land based gambling world, their booths are still worth checking out, at the very least, so you can collect some free goodies.

The best way to get a feel for the biggest booths on display at ICE is to check out the floor plan in advance, or just show up on the day and have a wander.  Based on years of experience and what we can see from the floor plan, here are a few of the biggest exhibitors at ICE who will have booths you should not miss.

By far and away, Novomatic has booked the biggest booth at ICE Totally Gaming this year with 4,500 sqm of space, approximately 5 times larger than any other booth at the expo.  The Austrian company and many of its subsidiaries plan to showcase all of its latest innovations at the expo, in particular the debut of “NBS”, the Novomatic Biometric Systems.

Back at G2E in October 2013, IGT unveiled their Avatar slots by inviting one of the Producers, Jon Landau, one of the actors, Stephen Lang and IGT CEO Patty Hart to make the announcement and cut the ribbon at their huge, Avatar themed booth.  Four months later at ICE, IGT has a flashy new logo to reveal and the debut of three new premium slot themes, Venture to Never Isle and Jenga Tower of Money, and Aladdin Prince of Adventure VR.

For both land based and online gambling focused conferences and expos, Gtech traditionally has a large presence and an impressive booth space.  Last year there was “Murder at ICE”, a crime scene and interrogations at the Gtech booth for the “murder” of Michael Caselli, in years previous we’ve seen poker tournaments featuring a Heather Graham appearance and a candy store theme, so lots of creativity from Gtech.  This year the company plans to showcase their “True 3D” product line, featuring a “glasses free” 3D display in addition to two casino management systems.

Apex has booked a big booth space of 500 sqm in a prime location and the company is especially looking forward to showcasing their mobile slots.  The integration of their sever-based slots with tablet gaming now allows for slots players to continue their play throughout casinos, for example in the casino bar, a very timely solution for our industry.

EGT has apresence in every aspect of the Gambling Industry, so at their big booth this year at ICE, delegates can expect to see it all.  The company has grown since last year’s ICE Totally Gaming and this year their product offerings on tap will span from mobile to slots to multigames, online gambling, multiplayer solutions and the list goes on.