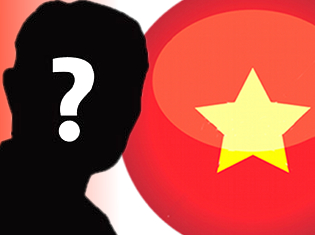 A stalled resort casino project in Vietnam has apparently been revived thanks to the introduction of a new international investor. In August 2012, Malaysian casino operator Genting washed its hands of a proposed $4b project in the Chu Lai Economic Zone in south-central Quang Nam province, in part because the government refused to relax its ban on allowing local residents to enter any of the country’s gambling establishments. Similar concerns have driven off other possible international investors, including Las Vegas Sands.

Now the Quang Nam project’s local partner VinaCapital has reportedly found a new deep-pocketed international firm to revive the project. VietnamNet quoted an anonymous Chu Lai Economic Zone Management Authority senior official describing the international firm as a “famous global player” in the casino business, with “good financial capacity and strong management experience.” The official also claimed that Quang Nam authorities had sent a delegation to visit one of the firm’s existing resort-casinos to appraise the quality of its operations.

VinaCapital’s former partnership with Genting allowed the Malaysian firm to hold no more than a 20% stake in the venture, but the unnamed official suggested VinaCapital had agreed to allow its new international partner to control up to 80% of the project, a shift that our mystery official said would ensure this latest international partner would be less likely to bolt. VinaCapital has also reportedly sought an extension of the projection’s completion date to 2035 and proposed shrinking the size of the property on which the casino will stand by a third to 1,000 hectares.

PHU QUOC LIFTS VISA REQUIREMENTS
Vietnam currently has only one operational resort-casino – Asia Coast Development Ltd.’s The Grand Ho Tram Strip – which opened in mid-2013 on a beachfront property two hours from Ho Chi Minh City. Projects have been proposed for other regions including Quang Ninh province and Phu Quoc island off the coast of Cambodia. The Phu Quoc region attracted nibbles from nearly a dozen international investors, but all eventually lost interest due to the ban on locals and stalled infrastructure upgrades.

Being left at the altar hasn’t stopped Phu Quoc from giving it the old college try. On Dec. 27, Prime Minister Nguyen Tan Dung announced that the favorable policies granted in 2008 to businesses in industrial, export processing and economic zones would be extended to all business sectors on Phu Quoc. In addition, foreign tourists would not require visas to visit the island for up to 30-day periods. The visa exemptions would apply equally to foreigners arriving from international destinations or who transit via air- or seaports within Vietnam.