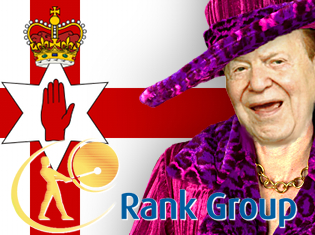 So how was your 2013? Good? Probably not as good as Las Vegas Sands chairman Sheldon Adelson, who topped Forbes’ list for the rich who got richer in 2013. In September, Forbes estimated Adelson’s net worth at $28.5b, enough to put Adelson at #11 on the Yanks With Too Much Bloody Money list. But as of Dec. 20, Forbes says Adelson’s stack of money bags had risen 68% over the course of the year to more than $37b, escorting Adelson all the way to #5 on the Rich American rankings. To put things into further depressing perspective, Adelson’s wealth rose $41m a day in 2013, meaning his staggering financial contributions to the Republican party’s 2012 political campaigns barely amounted to three days’ wages.

The enormity of Adelson’s paypacket likely helped cushion any disappointment he may have felt – assuming he feels emotions like us broke-ass mortals – when Sands bid adios to its proposed EuroVegas resort casino project in Madrid. But Adelson appears to have gotten over it, telling Bloomberg that Sands was now considering alternate locations such as Rome, Milan, Athens and Paris. Instead of the sprawling $30b EuroVegas complex with multiple casinos and hotels, Adelson said Sands was now focusing on individual integrated resorts like Singapore’s Marina Bay Sands, and “will just take the major cities in Europe and see whether or not there is a possibility to pursue that.”

No word on whether Sands would consider Belfast in Northern Ireland, which currently doesn’t contain a single purpose-built casino. Rank Group, the UK’s largest casino operator, has reportedly already had exploratory discussions with city councilors over the possibility of bringing roulette wheels and blackjack tables to Belfast. Problem is, the city’s existing law permits only amusement arcades, but Rank is promising their new facility would offer 200 skilled jobs to what strategy director Dan Waugh called “personnel from areas of social need.” Waugh told Northern Ireland’s News Letter media outlet that “training in gaming tables and professions provides a passport to travel the world and work in just about any corner of the world.” Certainly hasn’t hurt Adelson much, has it?