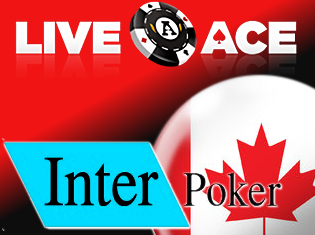 Subscription-based online poker site LiveAce.com has shut down its operations after failing to earn enough revenue to pay its nut. The US-facing site launched in August with a novel rake-free model that allowed players the ability to auction off virtual chip winnings for real money at the end of each 24-hour cycle. The service was available in 32 US states where sweepstakes law permitted such activity.

In September, CEO Adam D. Stein-Sapir told CalvinAyre.com that LiveAce had signed former World Poker Tour player of the year Andy Frankenberger as brand ambassador because he’d “burst onto the poker scene out of nowhere to become one of the most elite poker names in the world” and Stein-Sapir was “confident that LiveAce will take the same trajectory.”

Sadly, no. In a message posted to the site on Friday, players were told that “despite support from our passionate user base, we haven’t been able to generate revenue sufficient to cover our operating costs” and thus had “suspended operations at this time.” The site will honor cash redemption requests until March 1, 2014 and will reimburse players for unused Club Live memberships or chip packages, but players must contact the site by snail mail to exercise these options.

INTERPOKER BIDS CANADA ADIEU
While LiveAce exited the scene because its business model didn’t work, InterPoker has announced it is exiting Canada for as yet unexplained reasons. In an email sent to affiliates this week and made public by PokerEagles.com, InterPoker said “no new players can register and no deposits will be accepted from players residing in Canada.” InterPoker promised to keep its affiliate partners “up to date with any further news regarding this matter,” which would be highly interesting to read, given the lack of obvious justification behind this decision.

InterPoker’s Canadian withdrawal follows a similarly confusing move by Playtech’s Titan Poker in November, in which the site announced its exit from Canada based on what it claimed was a desire to “adhere to local government regulations,” only to retract its self-eviction notice a couple weeks later. There’s been no new federal Canadian gambling legislation either introduced or announced this year, nor any relevant action by Canadian law enforcement to hand provincial lottery monopolies an early Christmas present by cracking down on Canadian-facing online gambling sites.

InterPoker is operated by WagerLogic, the former subsidiary of online gambling software developers Cryptologic, which was acquired in 2011 by Canada’s Amaya Gaming Group. In April of this year, InterPoker switched to Amaya’s Ongame poker network from its former home on Boss Media’s International Poker Network (IPN). In July, InterPoker and its related brands InterCasino and VIP Casino withdrew from multiple European regulated markets, including Belgium, Bulgaria and Spain. In October, Amaya sold WagerLogic to Canadian-based Goldstar Acquisitionco Inc. for $70m. So in this case, the buck – and the mystery – stops with Goldstar.