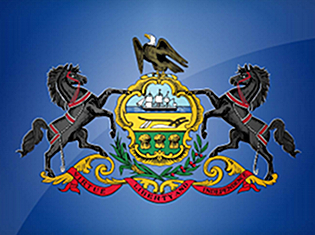 Has New Jersey’s successful online gambling launch finally pulled the cork out of the US legislative bottle? Just a little over a week after the Garden State’s online gambling sites officially took their first bets, neighboring Pennsylvania is making noises about keeping up with the Jersey Joneses. On Tuesday, a state Senate committee unanimously passed a resolution asking the state legislature to weigh the pros and cons of launching their own intrastate online gambling offering. The full Senate will vote on the measure on Wednesday.

Assuming the full Senate votes ‘aye’, the study would be completed by May 1, leaving open the possibility that an online gambling component could find its way into the state’s budget proposal for the coming year, which must be finalized by July 1. State Rep. Tina Davis proposed an online gambling bill earlier this year that would have authorized the state’s existing casino licensees to offer pretty much everything online except sports betting, pari-mutuel racing, bingo, keno and the types of games offered by the State Lottery, but Davis’ bill failed to make it past the committee stage.

Tuesday’s online gambling resolution was proposed by Senate President Pro Tempore Joe Scarnati, who said the state needed to “look over the mountain at what Pennsylvania maybe should be doing … so that we can stay a leader in the gaming revenue arena in the coming years.” Pennsylvania’s casino business has undergone massive growth since the state legalized the activity in 2006, but July saw the state post its first ever decline in annual slots revenue and a major source of future competition looms just over the border in New York. Scarnati’s opinion was echoed by his Democratic counterpart, Sen. Jay Costa, who said “if it’s smart and if it’s appropriate for Pennsylvania and our folks want it, then it’s something we will ultimately end up doing.’

ADELSON NO LIKEY
But hold the phone. The state’s market-leading brick-and-mortar casino is Sands Bethlehem, and there is no more adamant opponent of online gambling than Las Vegas Sands chairman Sheldon Adelson. Sands spokesman Ron Reese has already issued a statement confirming that state lawmakers should expect to hear from Adelson or some of the ex-politicians Adelson enlisted for his Coalition to Stop Internet Gambling. Indeed, Tuesday saw three of Adelson’s mouths-for-hire – including former New York Gov. George Pataki – pen a joint op-ed in The Hill echoing many of the Coalition’s inane talking points, such as whether the entire Dallas police force was too busy gambling online to notice Lee Harvey Oswald’s rifle barrel poking out that Texas Book Depository window.

So what if Pennsylvania presses ahead despite Adelson’s protestation? Rumors swirled in January that Sands was looking to sell its Pennsylvania property, which, while it may lead the state market, is by far the least valuable jewel in Sands’ global crown. Could a pro-online gambling vote push Adelson out the door? Sen. Lisa Boscola, the Pennsylvania Democrat whose district includes Sands Bethlehem, attempted to strike a middle ground, saying the issue was too important to be decided without much debate.

The state Senate is not expected to mount much opposition to any online gambling plan, but the House is another matter. That said, the state is facing a two-year cumulative deficit of $839m by June 2015, and opponents will be challenged to provide alternative suggestions for significant new revenue streams to close the funding gap. Perhaps Adelson could be convinced to part with one of his billions … after all, he’s got 28 of them.