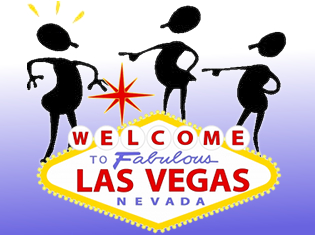 Nevada casino gambling revenue fell 2.5% to $954.3m in October, snapping a two-month streak of positive revenue tallies. October’s decline was more pronounced on the Las Vegas Strip, where revenue fell 5% to $551.3m. For a change, it wasn’t bad luck at the baccarat tables that contributed most significantly to October’s slump, as slots revenue fell 6.3% to $576.1m. Again, the Strip’s slot decline outpaced the statewide tally, falling 10.9% thanks in part to a calendar quirk and an abnormally high hold percentage that inflated October 2012’s numbers.

Baccarat revenue dramatically outpaced all other table games, rising nearly 17% to $151.1m in October thanks to a 29% rise in sums wagered and a 13.3% hold rate. Baccarat accounted for 27% of total Strip casino win in October, a figure University of Nevada, Las Vegas gaming researcher David G. Schwartz said would have been “inconceivable several years ago.” There were 303 baccarat tables operating in Nevada in October, nearly three times the number available in the same month in 2004. During that same time frame, the number of slot machines in Nevada has fallen from nearly 178k to just over 156k.