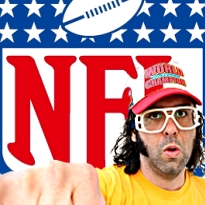 Nevada’s sports and race books had an October they’d prefer to forget. Despite a 15% hold, race betting revenues fell 12% to $4.1m. Sports betting fared even worse, with hold falling to 1.7% and revenues off nearly 80% to $6.7m. As expected, football wagering was pummeled as favorites covered with impunity, resulting in a negative 2% hold for a net loss of $6.2m, down 123.5% from the previous year. Parlay cards declined 44% but still managed to generate $2.4m in revenue. If it weren’t for baseball and basketball, the books would really be singing the blues. Baseball revenues rose nearly 447% to $8.65m on a 14.7% hold while basketball rose 3,394% to $2m on a 26.4% hold. November’s football tally is also expected to be in negative territory, thanks to what one sportsbook director called the “worst day” he’d had in nearly a decade.

In Maryland, the state’s three casinos brought in $43.1m in total revenue in November, with Maryland Live! contributing the bulk ($34.4m) and Hollywood Casino Perryville and The Casino at Ocean Downs responsible for $5.4m and $3.3m respectively. As a result of November’s ballot initiatives, Maryland’s casinos got the go-ahead to stay open 24/7 beginning Dec. 27. Currently, the state’s casinos must close at 4am on weekends and 2am the rest of the week. Maryland Live! plans to take full advantage of the new rules while the other pair have asked state officials to limit their own round-the-clock operations to weekends only. Stephen Martino, who heads the state’s Lottery & Gaming Control Agency, says those requests will be considered next week.