Home / Business / Hills consolidates, Gala Coral stumbles and Ladbrokes not quite dead yet 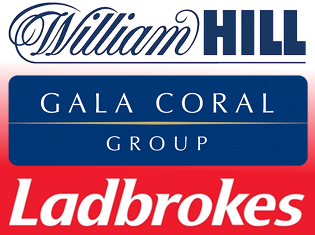 UK bookies William Hill are looking to streamline their operations by ‘consolidating’ their telephone betting division. The changes involve around 80 individuals currently manning Hills’ telephone betting operations in Gibraltar and the customer service team in Sheffield. Hills has begun a 60-day consultation period with the affected staffers and the Gibraltar Chronicle quoted a spokesperson saying the company was “doing our best to resource individuals in roles where their skill sets and individual preferences are an appropriate fit.” In Hills’ most recent financial results, the telephone wagering division lost £1.3m.

Gala Coral Group issued a preview of its fiscal Q4 and full year results showing a 34% drop in earnings for the three months ending Sept. 28. More detailed figures will be released when company execs give their year-in-review presentation on Nov. 25, but the preview cited “particularly unfavorable” sporting results on top of low football turnover for depressing the Group’s bookmaking business as well as Gala Retail. The preview didn’t offer figures for the Interactive arms of Gala and Coral, except to say that there had been “encouraging growth” in both operations. Full year earnings dipped 9% to £246.4m.

Rumors of an underperforming sportsbook prompted Ladbrokes to issue a press release on Thursday to counter “market speculation.” Ladbrokes has issued multiple profit warnings already this year and embattled CEO Richard Glynn has warned senior staff that the company “simply cannot afford to miss [full year] expectations.” This week, Goodbody Stockbrokers held an investor relations call with Lads, after which the Irish firm issued an email claiming that “another 7% profits warning is coming” and that full-year profit forecasts should be cut from £145m to £135m.

Goodbody based its “alarming” update on expected £2m to £3m drops in both telephone wagering and operations in Ireland and Europe, a £3m drop in the UK and £1.5m worth of red ink in Lads’ Australian offshoot. Goodbody’s email was sufficiently alarming for investors to push Lads’ shares from Monday’s high of 194p to just 177p by Friday.

In a two-sentence response, Lads insisted the current expectation for its full-year figures “remains within the range” of earlier forecasts. Nonetheless, “with a key part of the sporting calendar ahead it is extremely premature to speculate” on the final numbers. Investec analyst James Hollins found Lads’ public reassurance “an odd decision” given the “unequivocally volatile” nature of sporting results. Hollins cautioned investors that most UK sportsbooks had been taking it on the chin of late but he couldn’t help but note that “market speculation on sporting results should not require a statement.”