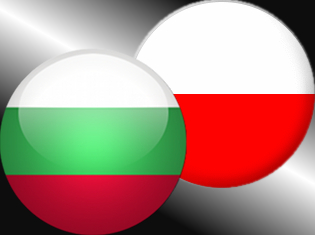 Poland is seeking to amend its gambling laws to permit an online monopoly for number games, lotteries and bingo. On Tuesday, the Polish government submitted a notification to the European Commission detailing its intention to revise Poland’s 2009 Games of Chance Act to encompass online gambling. The stated goal is to ensure the “controlled development of legitimate games via the available distribution network.”

Poland already has licensed online sports betting companies operating in the country, but the proposed amendments would extend the current state monopoly over other gambling products into the online realm. Poland reinforced its online gambling restrictions in 2011, prompting many operators to cease their Polish-facing activities.

Citing the “significant” problems posed by gambling sites not authorized by the Polish government, the notification takes pains to stress the government’s desire to protect problem gamblers. The amended law would dedicate 1.5% of the state’s share of online gambling revenue to a problem gambling fund, while 78.5% of the revenue would go to a sports development fund. Assuming the European Commission doesn’t object, the revised law would take effect sometime next year, with the online action commencing anytime within the ensuing six months.

NEW TAX HOPE IN BULGARIA
Over in Bulgaria, a group of 11 parliamentarians has proposed new legislation that would cut online gambling taxes to a rate that might actually encourage operators to apply for state-issued licenses. Bulgaria’s current system imposes a punitive 15% turnover tax, which operators say makes the Bulgarian market incompatible with profits. The result has been exactly one operator – Malta-registered efbet.com – applying for a license, while the government orders the nation’s internet service providers to block over a hundred foreign websites. Suffice it to say, the current situation pleases no one.

The proposed legislation would reduce the tax to 20% of gross profits with a one-time license fee of BGN100k (€51k), a scheme that has already won the endorsement of the Remote Gambling Association. The bill was tabled on Wednesday, but as yet there’s no indication when it might come up for debate. The 11 MPs backing the legislation are members of the current ruling majority, and include the chair of the parliamentary budget committee, suggesting there may be sufficient support for the measure to pass. If approved, the new regime would take effect Jan. 1, 2014.